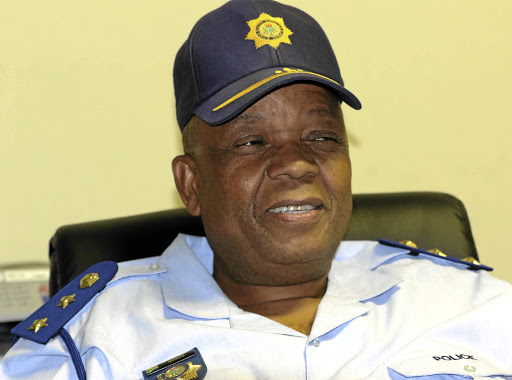 Limpopo police spokesperson Moatshe Ngoepe said a case of common assault was opened and no arrests had been made.
Image: ANTONIO MUCHAVE

Chairperson of the Congress of Traditional Leaders of South Africa in Limpopo, Kgoshi Letsiri Phaahla, told Sowetan last week he served notices to at least six foreign shopkeepers in his village, giving them seven days to leave, which they have ignored.

Phaahla of GaPhaahla village near Jane Furse said he was approached by concerned residents who raised complaints regarding fake and expired products.

Resident Wolf Machika, 62, who was renting his building to a foreign national, alleged that he was assaulted while fighting off the group which wanted to loot a tuckshop.

He said the group told him they were sent by Phaahla following a written notice.

"The group, most of whom appeared drunk, came and forced their way into my yard on Thursday afternoon.

"At that time I had just arrived from fetching firewood from my farm and I had a panga in my hand. I wielded my panga towards them and they ran away," he said.

Machika said the group later returned in numbers and overpowered him.

"Some of them held my hands from the back, while others were slapping me. Fortunately, they didn't break into the shop because it was locked. I'm renting my building out because I want to be able to feed my family. There is nothing wrong with foreign nationals doing businesses," he said.

He accused Phaahla of using a mob to attack business people in the area.

"Some of them had confessed that they had been sent by Phaahla, hence I went to police to lay criminal charges against them. I want the police to get to the bottom of this."

Police spokesperson Col Moatshe Ngoepe said a case of common assault was opened and no arrests had been made.

The African Cultural Heritage Trust (ACHT), Zindala Zombili and cultural industry stakeholders have called on the revival of moral regeneration ...
News
2 years ago

Machika said he now lives in fear because the mob could return at any time.

Phaahla denied Machika's allegations and said he was approached by the community about fake products sold by foreign nationals in his village.

"We held a meeting two weeks ago in which community women who are doing a food stokvel raised complaints that some of their members are refusing to accept products bought in the tuckshops operating in my village. The community said they sell expired food. I then wrote a letter to these foreign nationals notifying them that they have seven days to leave the place," he said.

"On Monday, I issued a verbal notice through my council, giving them [foreign nationals] a day to pack and leave but they still refused. I told them that their safety was no longer guaranteed because community members came to me this week showing frustrations."

Kenny Mathivha, spokesperson for Limpopo premier, condemned Phaahla's action, saying no one was allowed to chase away people. "We call upon the security cluster to act against people who instigate Afrophobia. As a chief, Phaahla should be playing a unifying role and not divide the community."

Migration must be monitored

One of the biggest problems facing SA is the issue of the so-called xenophobia.
Opinion
2 years ago

Usually the most overwhelming thing about driving past and around Oakmoor Long Distance Taxi rank in Tembisa, on the East Rand, is the lingering ...
Opinion
2 years ago
Next Article