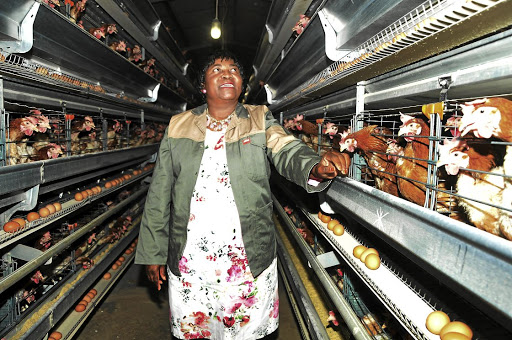 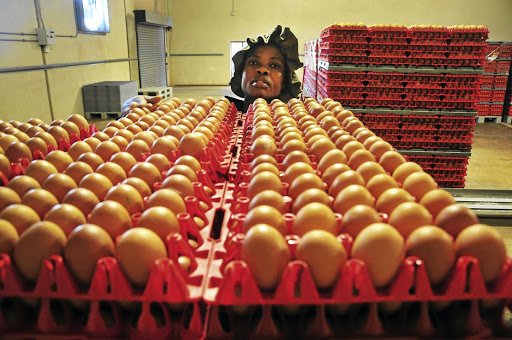 When the Mabula community's land claim was finalised a decade ago, they resolved to do things differently and they are now reaping the sweet rewards of their decision.

Mahlohonolo Investments's egg-laying project in Bela-Bela, Limpopo, has now won four awards in the recent Female Farmer of the Year awards run by the department of agriculture, forestry and fisheries.

The enterprise, which is led by Mmathoko Jarita Mabula, produces 100000 eggs a day.

It was established in 2014 with four production houses and expanded into an extra four houses each with a capacity of 15000 layers.

Mabula won a total of R930,000 as top entrepreneur in the commercial farming category.

She won in the category of the provincial leg of the competition and was overall provincial winner in Limpopo.

She also won in the same category nationally. Trophies and cheques from the awards occupy pride of place in her modest office.

Mahlohonolo is the investment arm of the Mabula Communal Property Association (CPA), which comprises 250 households with 2000 beneficiaries and an executive committee of three women and a man. It employs 17 permanent and 10 casual workers.

While many CPA projects have collapsed due to a number of issues, including corruption, infighting, lack of skills and a lack of post-settlement government support in the allocation of development grants, Mabula is thriving.

Their projects include a project to breed the prized ankole cattle, vegetable farms, a game lodge and the chicken farm.

Sowing the seeds of fresh food into success

Mabula, a retired teacher, says their secret lies in the decisions they made when their land claim on 13 farms they were forcibly removed from in the 1950s was finalised in 2008.

"We resolved as a community that none of us was going to live on the farms. We also agreed that we were not going to chase away the white farmers who were living on the land. We asked them to stay and help transfer their skills to us," said Mabula.

"We also took a decision that we are not going to employ any one of the beneficiaries or their relatives."

One of the farmers, Paul Dailey, mentored the CPA on intricate matters of the farming business and helped them financially while waiting for their post-settlement grant from the government.

The chicken operation now turns over around R30m annually, but has to contend with high costs of feed, water and electricity.

"We spend about R1.2m on feed alone every month. We still have to pay staff, buy chemicals and maintain the operation," she said.

Each of the beneficiary families receives produce from the farms every month in the form of maize meal, vegetables, beef, eggs and chicken plus a cash dividend in December. They have also adopted a community Aids project.

"We donate food to them because people can't have medicine on an empty stomach," Mabula said.

While most emerging farmers struggle to access markets, Mabula said this has not been a challenge for them as they already have a buyer who sources all 100000 eggs from their production daily.

The operation is highly mechanised and computerised to help with monitoring, safety and production. But Mabula said the secret lied in employing the best people and adhering to strict book and record keeping.

The workforce is a multiracial team.

"Those days when it was only whites who hired us blacks are gone. We are hiring them. If they have the skills then we want them," Mabula said.

The operation also has students on learnerships and internships hoping to make it in agriculture some day.

Mabula said though they were producing 100000 eggs a day, this was not enough and their aim was to grow the operation and triple their output, which will create more jobs and yield higher profits.

The winnings from the Female Farmer competition will come in handy on this one but it's not enough, she says.