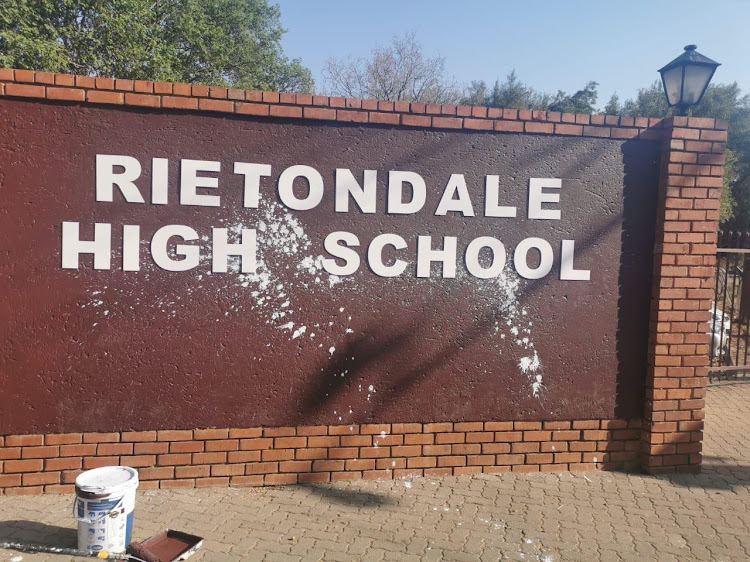 The wall on which the school's new name appears was vandalised on the weekend.
Image: Panyaza Lesufi

The recently renamed Rietondale High School was vandalised at the weekend, the department of education said on Monday afternoon.

Mabona said taps and shower heads at the school were also damaged.

The department renamed the school in August.

"We are saddened that you have such vandalism at the school. We want to caution people who are doing this to stop because we are not going to stop transforming our schooling environment," he said.

Mabona said the department would not be deterred from ridding Gauteng schools of apartheid-era names and symbols.

We changed the name of Hoërskool HF Verwoerd to Rietondale High School last month. Over the weekend the school and the new name were vandalized. #NonRacialism pic.twitter.com/c5SwNxkp7s