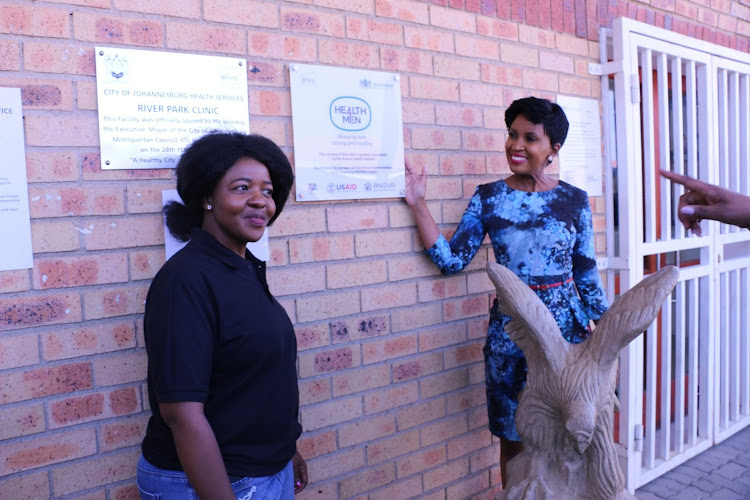 South African men don’t seek medical attention from clinics because they don’t want to be treated by women.

This comes from the research conducted by Anova Health Institute which recently opened the fifth men’s medical centre in Riverpark, Alexandra.

“Men don’t want to wait in queues and they don’t feel comfortable being treated by young female nurses; remember 80 to 90% of nurses are women,” said Charlotte Modibedi, the technical advisor for the Health For Men project.Modibedi said the first centre was opened in Cape Town in 2008 to try and curtail the crisis of men not seeking medical care for a wide range of issues such as erectile dysfunction, HIV/Aids, STIs and prostate cancer.

In Johannesburg, there are currently five clinics, including the new one that was launched in August: Yeoville, Riverpark, Chiawelo, Zola and Itireleng. These clinics are part of the main clinic which services the community.

“We want to make sure the clinics are comfortable for the men. We employ male healthcare workers such as nurses and counsellors.

“The waiting time is reduced because in average, people wait three hours at clinics and in these male sections they will be waiting on average of an hour or less,” she said.

Modibedi said since the Yeoville centre was opened in 2009, there has been approximately 497 men who started taking ARVs.

Lots of questions about clinic

How long was the clinic out of stock for bandages and other materials they can use to stabilise patients?
Opinion
2 years ago

Modibedi said South African men have a culture of using their wives and girlfriends test results to diagnose themselves which contributes to the high scourge of untreated HIV/AIDS and STI carriers.

“Men think that if their wives are HIV positive, then they are as well. They wait until a woman goes to the clinic and use her negative result to diagnose themselves,” she said.

The clinics also provide Prep for men who are at high risk of contracting HIV.

“This has really been a good intervention. We started rolling it out in 2015. For Yeoville, we have approximately 110 men on Prep and in Itireleng, which was launched in July, we already have 20 men on it,” said Modibedi.

She said in the newest clinic there are two men who have started on Prep in the two weeks it has been opened.

The staff are also trained to treat transgender women, because they are biologically born male and transgender men who are going through the transition.

Anova Health Institute is funded by US Aid.