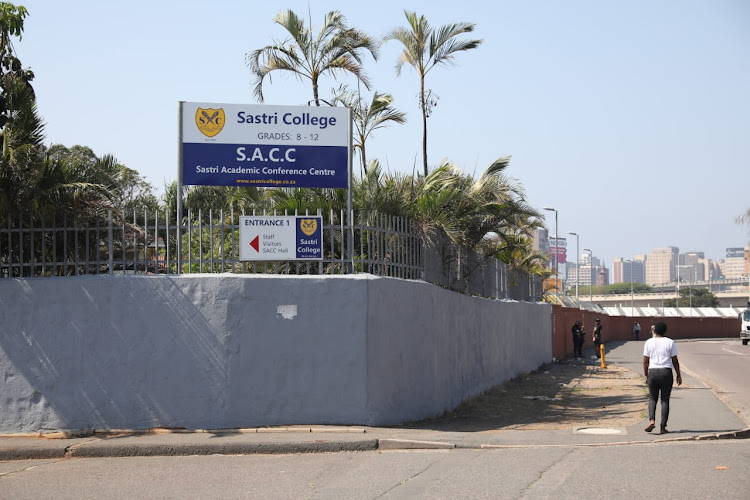 The two Sastri College pupils, aged 14 and 15, who were arrested in connection with the death of a fellow pupil have been suspended.

“The two pupils have been suspended. They are going to appear in court and because they are still minors, the process is not simple and transparent,” Kwazi Mshengu, KwaZulu-Natal MEC for education, said on Monday.

Fifteen-year-old Moyeni Walter was shot in the vicinity of the school on Thursday and died in hospital on Friday.

His family on Saturday that they believed Moyeni was killed because he refused to give another boy money.

In a statement on Saturday, the school’s governing body offered condolences and counselling to the Walter family.

"We would like to convey our sincere condolences to the family and friends of the learner. We earnestly encourage the Sastri College community to keep his family in prayer during this trying time. Our school counselling department is assisting the bereaved family during this challenging time. School-based trauma counselling intervention is available to the Sastri College community to enable all to cope with this incident,” the SGB said.

KZN education MEC Kwazi Mshengu, says the department is aware of the incident at #SastriCollege where a student was shot, near the school, allegedly by other students. The students are currently in the Durban Mag court facing Murder charges @TimesLIVE pic.twitter.com/pbRDzaxEbV

Mshengu said  although the incident had not taken place within the school premises, the department still needed to intervene.

The incident comes as the department gears up to launch a school safety week aimed at dealing with escalating levels of violence in schools. The initiative will be launched on Tuesday in Hammarsdale, near Pietermaritzburg.

Meanwhile, the two boys are expected to appear at the Durban magistrate’s court on Monday.

The two teens made no eye contact as they sat on public benches outside the court room with their parents, waiting for their matter to be heard.

The case will be heard in closed court, and media are not allowed to name the pupils because they are minors.

A pupil has been stabbed to death allegedly by a schoolmate in Evaton, south of Johannesburg over a dispute involving a cellphone, on ...
News
2 years ago

A man went on a stabbing frenzy, killing a 10-year-old pupil and an elderly man as well as seriously injuring a woman, in Ngwelezane near Empangeni, ...
News
3 years ago
Next Article