Secret vote before strike pits unions against each other 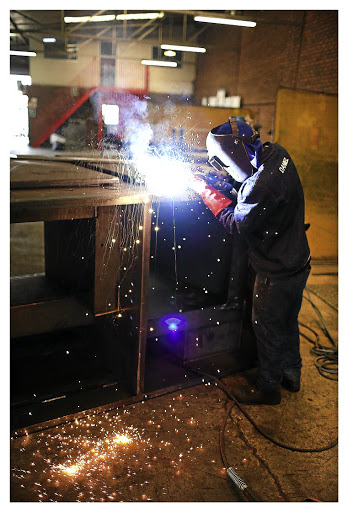 A new legislation that compels workers to vote by secret ballot before embarking on a strike has brought to the fore tensions among labour unions in SA.

The office of the registrar of labour relations this week notified workers that it was now illegal to embark on a strike action before members conducted a secret ballot. Unions failing to adhere to the new law may face deregistration.

While the SA Federation of Trade Unions (Saftu) and its affiliated unions have not taken kindly to the new legislation, the Cosatu-aligned National Union of Mineworkers (NUM) believes the law will democratise the work space.

General secretary of NUM, David Sipunzi, said at its recent congress the union representing labourers in the construction and mining industries amended its constitution to be in line with the Labour Relations Amendment Act of 2018.

"If the strike is by the members, that will give the strike credence and legitimacy rather than claiming that it has been imposed on the workers by a few members. The entire membership should be balloted before there could be a strike," he said.

Gauteng Boxing Promoters Association (GBPA) has taken the lead in making sure that women are empowered by electing female boxing promoter Joyce ...
Sport
2 years ago

Saftu's general secretary Zwelinzima Vavi said they would voice their anger through different platforms, which include the courts and mass protests before the end of the year.

Sipunzi took a swipe at Saftu and its affiliated metal workers union Numsa over their decision to challenge the legislation at the Constitutional Court.

"If they spend their members' money [on the court case] they will be doing it to address their ego issues. Before they head to court, I think they should first get a referendum from their members on whether the matter should be challenged legally," he said.

Vavi said: "We're livid because the working class has been betrayed by people who were supposed to protect them. This is a deliberate assault on workers' right to strike," he said.

Vavi said it would be hard for trade unions such as Numsa, which has members spread across the country's filling stations, factories and car spares shops, to put up infrastructure for secret ballot voting before a strike.

"When we have to call for a strike, it means we have to spend months on end organising infrastructure for the voting process," he lamented.

He said they would join Numsa in challenging the legislation at the Constitutional Court.