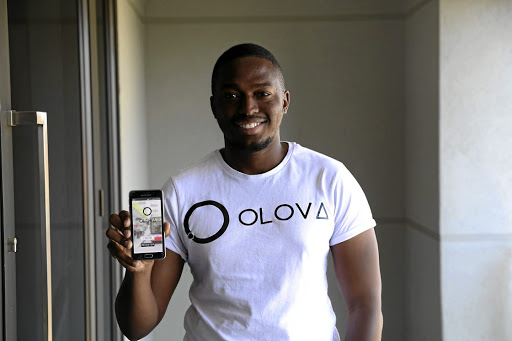 A maths whizz from the North West has been granted a R2m investment for developing an app that allows commuters to use one method to pay for different modes of transport.

Sylvester Manganye, 24, said the idea was born last year after battling with using different modes of transport in a day to go to university and to visit his sister in Pretoria.

"I was using the metro bus to go to school, which only allows for us to recharge at Ghandi Square even though it travels to so many different parts of Johannesburg," he said.

Manganye, who is the son of a factory worker, said he would also use the Gautrain and found having many different cards a burden.

"With all this technology available I couldn't understand why we still have to use cards," he said.

"Before you can go on a trip you have to make sure that you have enough value on all of your cards. But what if you could have a wallet on your phone that just allowed you to use any mode of transport?"

The app, which is at prototype stage, is called Olova, which means 'simple' in his home language of Tsonga. Depending on the mode of transport you want to use, you can send money to different virtual cards and scan your phone.

"Olova means simple, and also if you pronounce it in English it sounds like you're saying 'all over'. So it has two meanings actually," said Manganye.

After the commuter has remotely recharged the app, they are told which modes of transport would be required to reach their destination.

Though Manganye has a degree in actuarial science and is completing a master's degree in mathematics, he felt he needed more skilled people to help him bring his concept to life. "I did not have the technical background but I told a friend about it and he was interested in joining me."

Manganye said they found it difficult to find a committed developer.

"We went through three developers and I eventually got a place in the Explore Data programme. It was crucial in helping us develop our ideas and I learnt how to turn this idea into a business," he said.

The Alpha Code programme he was enrolled in was at the Explore Data Science Academy. He said they were provided with a stipend from the academy, which allowed them to focus wholeheartedly on the project.

Manganye said his cousin introduced him to skilled computer systems engineers. Now he has a team of three people: Thato Madhabela, 25, Michael Semenya, 30, and Thabang Thamane, 27.

He said he pitched against 11 other fintech companies and became one of the eight companies that received the grant on August 15. The investment is from Rand Merchant Investment Holding (RMI) through Alpha Code.

"They took eight businesses and gave us R1m for support and R1m in cash."