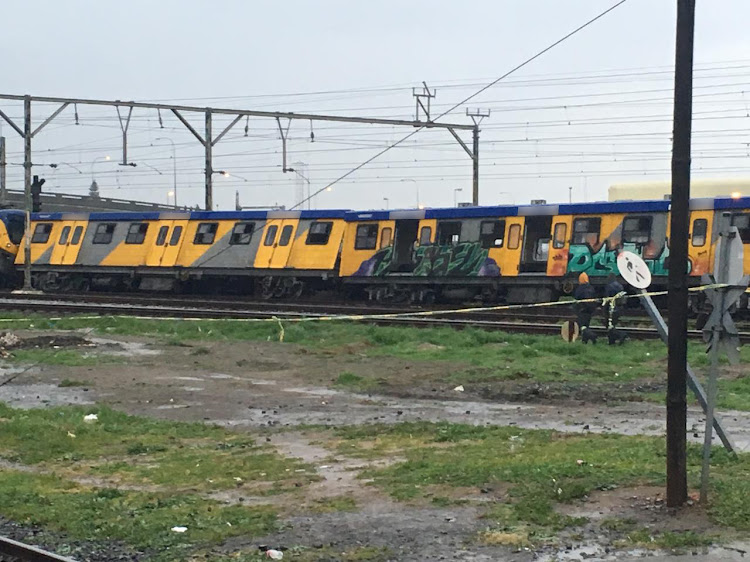 Passengers were injured when Metrorail train carriages derailed near Bellville Station in Cape Town on Thursday.

ER24 spokesperson Russell Meiring said that more than 20 people had to be treated for minor injuries.

United National Transport Union (UNTU) put the number of injured at 41 and launched a scathing broadside at the effectiveness of a "war room" set up by transport minister Fikile Mbalula to improve train services.

ER24 paramedics, Western Cape Emergency Medical Services and the Cape Town fire and rescue service arrived on the scene of the derailment at 6:30am.

"On closer inspection, medics found that several carriages had derailed. The passengers had already climbed out and were found at the protection services offices," said Meiring.

A train driver was attacked by irate passengers at Olifantsfontein station in Midrand on Sunday after railway inefficiencies caused a two-hour delay.
News
2 years ago

Vandals have hit the Cape Town railway network – resulting in the cancellation of 27 trains and massive delays during peak hours on Monday and ...
News
2 years ago

"Medics assessed the patients and found that 20 women and seven men had sustained minor-to-moderate injuries. Fortunately, no serious injuries or fatalities were found on the scene.

"The patients were treated for their injuries and were thereafter transported to nearby hospitals for further care," he said.

UNTU said in a statement that Mbalula's "war room" has had "zero impact" and that it believed that the incident could have been prevented.

"Although no commuters were seriously injured, this derailment could have been prevented had President Cyril Ramaphosa kept to the personal promise he made to UNTU in front of several media houses on April 10 2019, a month prior to the election," said the union.

"The president gave a personal undertaking to consider UNTU’s demands about the safety of the passenger rail commuters; its members working for the Passenger Rail Agency of South Africa [Prasa] and finding solutions on how to rebuild the ruined state-owned enterprise."

UNTU charged that its letters to the Presidency slating the state of the rail services in the country had gone unanswered and called for an intervention to "save Prasa".

UNTU general secretary Steve Harris said that "Prasa is blatantly being allowed to play Russian Roulette with the lives of people nationwide daily".