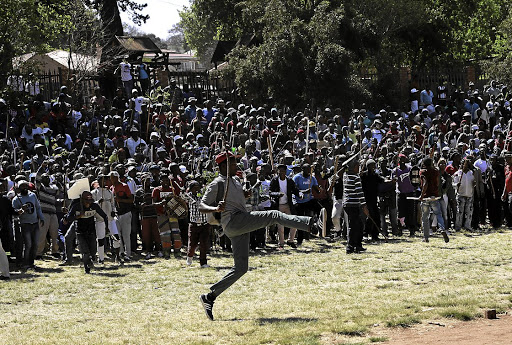 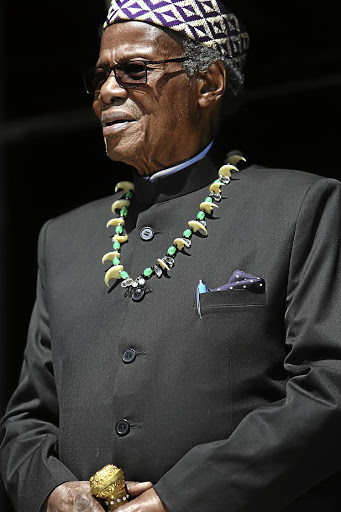 Former IFP leader Mangosuthu Buthelezi always got hostel dwellers in Johannesburg to march to his orders. However, when he walked into a packed park in Belgravia, eastern Johannesburg, little did he know that the script had changed.

Buthelezi, 90, expected to easily calm down an army of hostel dwellers who had been on the rampage for a week.

With over half a century's experience in politics, Buthelezi believed he would be able to speak to izinduna and residents from various parts of Gauteng to calm what had become a national crisis.

On Sunday, when he presented his speech, 10 people had already been killed in xenophobic attacks and looting of shops owned by foreign nationals.

Thousands packed the park along Jules Street armed with sticks and knobkerries under a close eye of the police.

As proceedings began, the crowd refused to listen to a prayer by one of the priests and also rejected the singing of the national anthem. However, more was to come.

Buthelezi received an expected standing ovation as he arrived at the park and soon thereafter ascended the stage.

IFP president emeritus Mangosuthu Buthelezi on Sunday battled to quell tensions in Johannesburg as he spoke out against xenophobic violence.
News
2 years ago

Seeing that the atmosphere was volatile, Buthelezi calmly presented his speech in Zulu, pleading for the crowd to give him an ear.

"I have come today not as a politician but as an elder. There is a terrible quarrel in our nation with foreign nationals who are living among us," he said.

"While all this is happening, the world is watching and we are being judged. What we have seen in the past few days is unacceptable. It is a violation of human rights and a violation of our constitution.

As he uttered these words, some of the people in the crowd reacted by hurling insults and throwing their hands in the air, with Buthelezi looking surprised.

One of the izindunas quickly intervened and pleaded with the crowd to be silent. The rumblings subsided temporarily and Buthelezi continued talking.

He explained to the crowd the negative impact that the xenophobic attacks were having, then the portion of the crowd which had been noisy simply lost it. The angry mob started walking out of the park.

The home affairs department has failed dismally to ensure that all migrants entering or leaving the country are properly accounted for.
Opinion
2 years ago

In disbelief, Buthelezi said: "Bengingazi ukuthi senaba nje [I did not know you have become this]."

Wielding sticks and knobkerries, the mob walked off and began marching around the venue. Gunshots were fired in the air as some in the crowd went around the park singing "Mugabe is dead, foreigners must go".

A few hundred people stood next to the stage and listened to Shenge. But somehow the mob returned to further disrupt him.

That did not help as a portion of the angry mob came closer to the stage to shout at him. It got so bad that he even picked on some of the individuals right in front of him.

"How can you disrespect a man of my age? It will bring you bad luck.

"You are young and have life before you. What you are doing will surely bring you a curse. God will judge you on my behalf," an angry Shenge said.

After concluding his speech, Buthelezi sat down to listen to the angry individuals who complained about drugs and state-funded housing units which were occupied by foreigners.