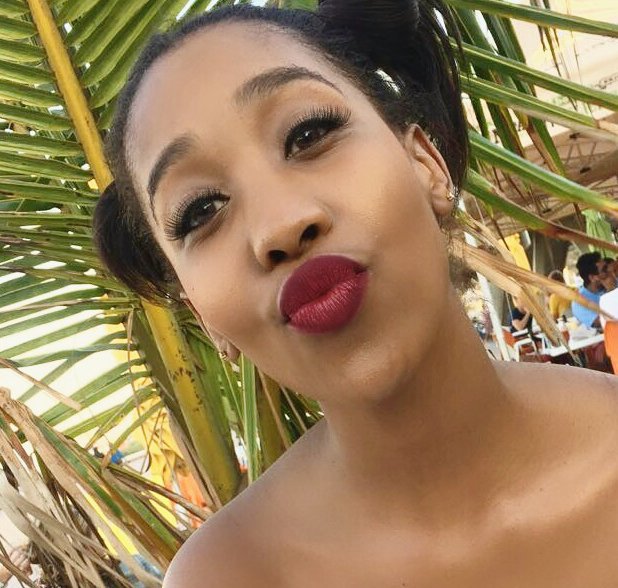 Durban student Natasha Conabeer died in hospital on Monday after being dropped off at her family home unconscious at the weekend.
Image: Supplied

As tributes poured in for Durban woman Natasha Conabeer, who died on Monday after going missing for three weeks, social media users shared a video of her singing talent.

In the video, which Conabeer originally shared on Instagram in 2017, she sings her own rendition of Labrinth's 2014 ballad, 'Jealous'.

Conabeer's childhood friend Zamambo Mkhize, who went to school with her at Inanda Seminary, described her as an amateur singer with a beautiful voice. "She was self-taught and loved to sing," she said.

Mkhize said Conabeer shared the videos with her close friends and sometimes on her social media.

#BringNatashaHome#RIPNatasha
Go on be an Angel now?
We will always love and miss you Tash.? pic.twitter.com/tNlTTnSK90

A family spokesman confirmed to SowetanLIVE sister publication TimesLIVE on Monday that Conabeer had died on Monday. She had been left on her mother's doorstep in Inanda, north of Durban, over the weekend and was rushed to hospital, where she died.

KZN police spokesperson Lt-Col Thulani Zwane said an inquest docket into her death had been opened.

After news of her death broke on Monday, #RIPNatasha soon trended on Twitter. Here are some of the tributes:

Natasha is gone guys! GONE! ? The little hope her mom was holding on to is GONE. ? another funeral of a black woman this coming weekend! Haibo ndonele ?! I’m sick to my stomach. #RIPNatasha

Just where we were relieved that you were found... ?Rest easy angel. Heaven awaits you. Strength to the family and friends of Natasha Conabeer. May God heal our broken hearts ?#RIPNatasha pic.twitter.com/m9DUiMRlSN

I am truly grateful God gave me someone like you , the bond we shared was amazing ??heaven knows ,I guess you just wanted us to find your body ?aw Natasha ngilimele, my heart is bleeding.sesobonana kwelizayo. Lala uphumule sthandwa sam ,I love you always #ripnatasha ? pic.twitter.com/4FhNWGvbmN

It had been previously been reported that Conabeer was a student at the University of KwaZulu-Natal. However, the university released a statement on Monday confirming that she had applied in 2014 but never registered.

Conabeer was a former student at Rosebank College in Durban. The private college told TimesLIVE on Monday that she had studied business administration there for two years but had not returned for the 2019 academic year.

A week before she went missing, Durban student Natasha Conabeer sent one of her best friends a message that she was being stalked.
News
2 years ago

Natasha Conabeer, 23, who went missing three weeks ago, has been found and is now in an intensive care ward in hospital.
News
2 years ago
Next Article