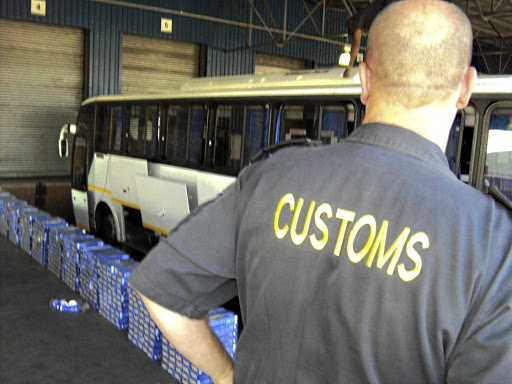 Illicit cigarette trade has been on the rise and it is estimated the country has lost R8bn in taxes./Kevin Sutherland

The track and trace system that the SA Revenue Services (Sars) wants to introduce has not worked in Kenya and may therefore, also not work in SA, this is according to cigarette manufacturer British American Tobacco (BAT).

Sars wants to introduce a system that will track cigarettes manufacturing processes as a fightback against illicit cigarette trade which leads to the country losing billions in uncollected tax revenue.

Illicit cigarette trade has been on the rise in SA and it is estimated to have cost the country R8bn in taxes last year alone.

BAT, one of the largest cigarette manufacturers in the world, has raised concerns about the track and trace system that Sars wants to adopt from Kenya.

The Kenyan Revenue Authority uses a paper-based fiscal marker which gets placed on a pack of cigarettes in the factories during the manufacturing process.

We read with some amusement the article “SARS’s track plan might not work,” that appeared in the Sowetan on 10 September 2019.
Opinion
2 years ago

BAT has raised a few concerns about the physical sticker, saying it was not ideal as it can easily be stolen and reproduced.

Mzinyathi said the system will make it difficult for manufacturers to export to other countries which will result in job losses.

Businessman's 404 fraudulent tax claims gets him nine years in jail

A businessman who submitted more than 400 fraudulent VAT returns to the SA Revenue Service (Sars) has been sentenced to an effective nine years ...
News
2 years ago

"The resultant adverse economic effects will not be limited to the loss of jobs and state revenue, but also all the local leaf growers and others who supply goods and services to the tobacco factories in SA. Ten thousands farmers will be immediately wiped out, putting another 35,000 dependents at risk."

The Kenyan Revenue Authority have, however, said its track and trace method applicable on tobacco, wines and spirits, the Excisable Goods Management System (EGMS), has seen success and reported an increase in revenue.

"EGMS was first implemented on tobacco, wines and spirits which have since recorded an increase in revenue collection. This is a clear indication that implementation of the system has lived true to its form," the Kenyan Revenue Authority reported.

According to them, the method has been so successful that they have now taken a decision to extend this method to cover products such as bottled water, juice and cosmetics, starting in November.

BAT in Kenya have raised concerns that in their packaging process, the marker is the most expensive item which in turn hurts their profits.

Businessman's 404 fraudulent tax claims gets him nine years in jail

A businessman who submitted more than 400 fraudulent VAT returns to the SA Revenue Service (Sars) has been sentenced to an effective nine years ...
News
2 years ago

The death of Gavin Watson continues to make headlines as the circumstances around his car crash are scrutinised.
News
2 years ago
Next Article