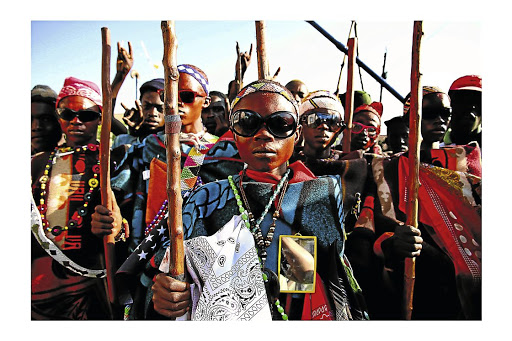 Summer initiation schools in Gauteng may be held for the last time in December due to health risks for initiates.

Speaking at a meeting hosted by the Commission for the Promotion and Protection of the Rights of Cultural, Religious and Linguistic Communities (CRL), delegates shared ideas on what could be done to make the traditional initiation practices safer.

Sedibeng municipality's MMC for health and social development Mmakgomo Raikana said: "We have decided to host the summer initiates for the last time and take [it] back to basics and run the schools only in winter, aligning it to the school calendar to avoid the pupils missing out on school."

CRL chairperson Prof David Mosoma said the meeting was held to make sure that young people with the wish to go through the rite of passage are given the opportunity to do so while getting all the necessary protection.

"Illegal schools will be shut down without hesitation and all leaders and individuals who are not accredited will be arrested for operating illegally," he said.

The Polokwane high court in Limpopo has ordered the closure of illegal initiation schools across the province.
News
2 years ago

Mosoma said the abductions of young boys and girls into initiation will be treated as a criminal case.

"Abduction is kidnapping and taking a child without a parental consent is a crime, and those found doing that will face the law," he said.

Mahlangu said the department of health should also assist in helping injured initiates when they were brought into their facilities.

"We have had cases where our initiates were rejected and mistreated in hospitals and turned away because they smell muthi," he said.

Mahlangu said a new data base system has been established to help parents to be able to check whether an initiation school was registered or not. "Parents will also be able to check if the principal is accredited or not and report to the organisation and police," said Mahlangu.