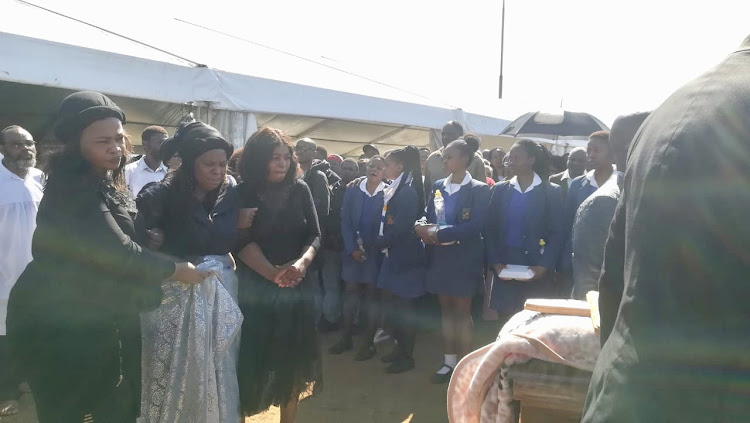 Xolisile Mpungose is comforted by family members at the funeral of her four children in Pietermaritzburg on Sunday. Her husband has appeared in court on four counts of murder.
Image: Nhlanhla Mabaso

A Pinetown, KZN, mother has apologised to her four children for not being able to protect them when they needed her most.

"I am sorry I was not able to protect you," Xolisile Mpungose said in a letter to her children, Ayakha Jiyane, 17, Kuhlekonke, 4, Khwezi, 6, and Siphesihle Mpungose, 10.

Jiyane was strangled, while the three younger children were found hanged at their Wyebank home on Tuesday last week.

In the letter, read out by Mpungose's sister, Slindile Mulaudizi, during the funeral at Copesville Sports Ground in Pietermaritzburg on Sunday, Mpungose told each child how much she loved them, before bidding them farewell. 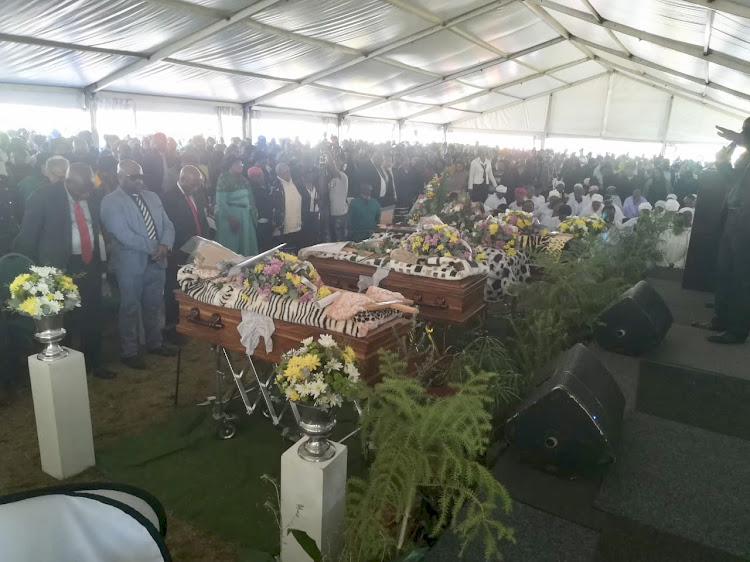 Mulaudizi told mourners she was haunted by the discovery of her niece and nephews at their home.

"I don't know how will I remove the image of having to see my sister's children hanging in that way. It's hard and difficult. I'm praying mostly for our God Shembe to help wipe off the image from my mind and thoughts."

She said she was also battling to accept that Jiyane would not be calling her again to say "aunt I'm coming for holidays".

Sbu Mpungose, 44, Jiyane’s stepfather and the biological father of the other children, was arrested in KwaDabeka on Wednesday and charged with four counts of murder.

He appeared briefly in the Pinetown Magistrate's Court on Friday and will reappear in October.

KZN MEC for social development Nonhlanhla Khoza said the department was helping the family with counselling and support.

The children were buried at Mountain Rise cemetery.