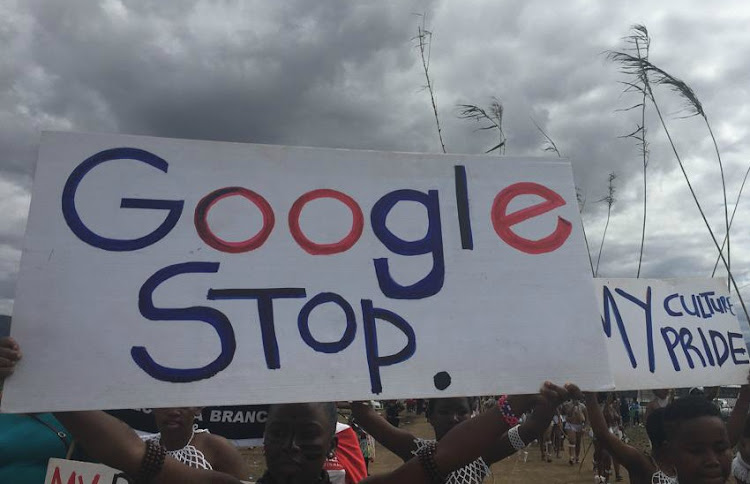 Zulu maidens called on Google to stop censoring their pictures at the annual reed dance in Nongoma on Saturday
Image: Lwandile Bhengu

A group of Zulu maidens called on search engine giant Google to stop removing their bare-breasted pictures from the internet.

The maidens made the call on Saturday at the annual reed dance, where they will present reeds to Zulu king Goodwill Zwelithini at his Enyokeni palace in Nongoma, as a symbol of their virginity.

African women have for long being calling on social media platforms to stop censoring cultural content, which feature bare-breasted females.

Cultural activist Nomagugu Ngobese, who is in charge of the group of about 50 maidens, said that western societies, and Google, needed to respect how they showed pride in their culture.

"We want to make sure that these people who discriminate against our cultural rights know how we feel.

"They can't come and dictate to us that we must stop posting our pictures or how we must celebrate our culture," said Ngobese.

Ngobese's group were part of thousands of maidens from across the province who took part in this year's reed dance that was led by the king’s daughter, Princess Cebolabo.

The monarch is expected to address the maidens later in the day.