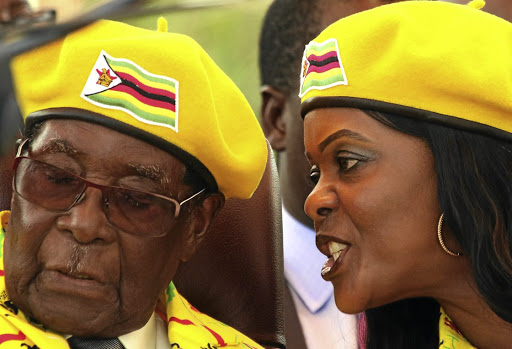 When Robert Mugabe was elected prime minister of Zimbabwe in 1980, his supporters took to the streets to celebrate. When he was deposed in a coup in November 2017, Zimbabweans from across the political divide marched in solidarity with the army that overthrew him.

Mugabe, who died on Friday in a hospital in Singapore at the age of 95, died a bitter man. He had not come to terms with the political ascension of his once-trusted lieutenant Emmerson Mnangagwa, who succeeded him as president.

A fortnight ago, close family sources told a weekly independent newspaper that the former president's dying wish was to be buried in the Zvimba district, his ancestral home, instead of the National Heroes' Acre where, as president, he buried his trusted comrades.

Those he loathed – including his maternal uncle and childhood friend James Chikerema – were not granted a similar status despite the contributions they had made to the struggle for liberation.

“He was the most selfish man I came to know. A tough disciplinarian too – he crushed everyone who crossed his path at his prime,” said a Zanu-PF member.

Between 1983 and 1987, Mugabe launched the so-called “Gukurahundi”, a violent campaign targeting civilians and alleged dissidents who supported the Zimbabwe African People's Union (Zapu) and its leader, Joshua Nkomo. The Korean-trained 5th Brigade, an army unit with political links that fell outside army command, killed an estimated 20,000 people in Matabeleland and the Midlands provinces.

The campaign forced Nkomo to the negotiation table to sign a unity accord in December 1987 bringing together Zapu and the Zimbabwe African National Union to form Zanu-PF. Mugabe was granted his wish for a one-party state for at least three decades.

Harare says the recent abductions of civic society activists and MDC Alliance members ahead of planned protests for Friday are the work of enemies ...
News
2 years ago

For ordinary Zimbabweans, Mugabe had three faces - the good, the bad and the considerate.

“Before he died, some of us wished he was still president because things are now harder than they were when he was in power,” said Mavis Nyoni, a teacher, on Friday. “The economy was bad under him but somehow he made sure we had ‘keep going’ strategies – but under the new rulers it’s blank.”

For Thabani Zhou, a foreign exchange dealer, the mess in which Zimbabwe now finds itself can be traced back to Mugabe.

“Before 1995, the country was spoilt for choice. There were many able people who could have taken over from him. Already then, he looked tired and should have retired but his long stay created this mess. We have a coup to our name; before that, hyperinflation and bad service delivery. All those things started with him. Talk of the culture of political violence we see today, it’s all from Mugabe’s playbook,” he said.

Jabulani Tsheza had seen Mugabe “die” too many times on social media in previous hoax reports. He did not believe the news on Friday until he saw it confirmed on television. A retired teacher and former student of Mugabe's at Empandeni Mission in Matabeleland South in the 1950s, Tsheza felt Zimbabwe had lost an icon.

“People knew us out there because of him. One good trait under him was a solid education system. Zimbabweans are some of the most educated Africans. Unfortunately, I don’t see any leader that can rival him emerging from the local political scene in the next decade or so,” he said.

“He spent four months in a hospital. Expecting him to improve was like wishing for a miracle because at his age, like Nelson Mandela who died at the same age, there was nothing much left to live for. However, he leaves a relatively young family, having only lived to see just one grandchild,” he said.

Most residents in Zimbabwe's major cities, Harare, Bulawayo, Gweru and Mutare, went about their lives as usual on Friday. Had Mugabe died in power, it may have sparked a more emotional reaction.

“We came to terms with his departure. He had been living his life as a retired person. We respect his family’s privacy, although at times I personally feel his rule robbed us of a bright future. There’s nothing we can do about it,” said a police officer at a roadblock.

Mugabe’s death overshadowed that of Brig-Gen Trust Mugoba, who died in Harare on Friday. The former president had shipped Mugoba to the African Union in 2017 in a failed bid to neutralise the coup that ended his presidency.