Protests flare up across Africa

Parts of Africa have turned on SA, with the country's businesses being attacked and forced to shut doors while travel warnings were issued to citizens.

SA businesses operating in Nigeria were forced to shut down in retaliation for this week's attacks on foreign nationals.

Yesterday, the Botswana, Nigeria and Lesotho governments issued travel warnings to their citizens planning to visit SA while Malawi said it was monitoring the situation. Shoprite, MTN, DStv, and Pep stores bore the brunt of the attacks, with Nigerians going on the rampage, looting goods and vandalising the stores.

Shoprite Group confirmed in a media statement yesterday that several stores in SA, Nigeria and Zambia "were unable to open due to the protest action and extensive damage has been done to several supermarkets over the past 24 hours, impacting the lives of millions of law-abiding people".

A video circulated on Twitter yesterday apparently showed a Pick n Pay store in Zambia being looted. South Africans took to the streets this week in violent xenophobic protests that have since claimed several lives. Foreign-owned shops were looted and torched in Gauteng while trucks were burnt in KZN.

Shoprite said it strongly condemned any kind of violence and intimidation against the citizens and businesses of countries on the African continent and anywhere in the world.

MTN Group also confirmed that four of its outlets in Nigeria were subjected to attacks and some stores in Johannesburg had to shut down.

"MTN is working with the relevant authorities and other stakeholders to focus on stabilising the situation both in Nigeria and South Africa and to ensure the safety and wellbeing of all those impacted by the unfortunate violence. We are also looking at coordinating with key stakeholders to work on medium-to-long-term interventions to this situation."

Botswana yesterday issued an advisory to its citizens travelling to SA. "The ministry of international affairs and cooperation wishes to advise all Batswana travelling to South Africa to exercise extreme caution in light of recent developments resulting in violent unrests in some parts of the Republic of South Africa," it read.

In a video clip posted on Twitter yesterday, Zimbabwe's deputy government spokesperson Energy Mutodi said there was no need for the xenophobic violence as Zimbabwe in 1836 accommodated thousands of South Africans, under the leadership of Mzilikazi, in Zimbabwe's Matebeleland after fleeing from Shaka.

Mutodi said Zimbabwe housed South Africans fleeing the apartheid government. "So, we actually delayed our land reform here to ensure the apartheid regime don't continue with their system. So we have got so many people working in South Africa and we want them to be safe and feel at home because SA is our home."

Kenyan foreign minister Monica Juma said two Kenyans were attacked and their property destroyed. She said that they were closely monitoring the situation.

Several Nigerian reports claimed that its president Muhammadu Buhari had recalled the country's ambassador to SA.

He also sent a special envoy to meet with President Cyril Ramaphosa to get an update on what the country was doing to ensure the safety of Nigerians.

Nigerian federal government spokesperson Ferdinand Nwonye issued a travel advisory for residents in SA. "The government of Nigeria wishes to advise Nigerians to avoid travelling to high risk and volatile areas until the situation is brought under control."

Senator Shehu Sani, a Nigerian Pan Africanist, said on his Twitter account: "If you turn the other cheek repeatedly you will end up with a broken jaw and lose all your teeth." Students protesting in Zambia stormed the SA embassy in Lusaka. Videos showed protestors burning the embassy's signage. 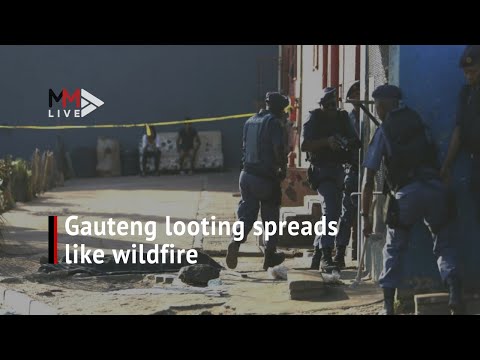