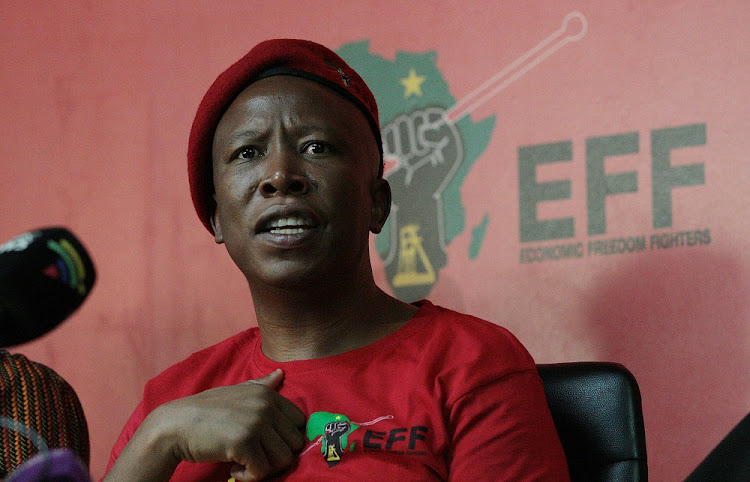 Speaking at a media briefing on Thursday, Malema said his party would not be part of the protests which he said are clearly criminal. He said he would not support such acts as they are likely going to lead to South Africans turning on each other.

He said allegations that foreigners were stealing jobs from locals were misinformed. He blamed whites for creating animosity among black people, which he said have led to the unrests.

“There is no one who takes a job from South Africans, no one. They [foreigners] are being offered jobs, they don’t take [them]. The owners of means of production are white people. When you say private sector, it’s a polite way of saying white people,” said Malema.

He said white people employ foreign nationals at their restaurants, farms, retail and hospitality sectors. Malema said that this was a way of planting self-hate among black people.

“… and because we’re unemployed, and because we’ve got government with no solutions to crisis of poverty and widening gap between the rich and the poor, we begin to start believing like that,” he said. “So the private sector, the white monopoly capital, must take full responsibility for this mess we are faced with.”

Protests flare up across Africa

Parts of Africa have turned on SA, with the country's businesses being attacked and forced to shut doors while travel warnings were issued to ...
News
2 years ago

He said job-creation must first prioritise people living in that specific area  before looking externally. He said this is one way of averting violence and attacks.

Malema has cautioned EFF members against taking part in the xenophobic attacks, which he says are total madness.

“Anyone with an EFF T-shirt must play very far from that madness. We’re not part of madness, we’re part of the solutions to the madness confronting our people on the ground.”