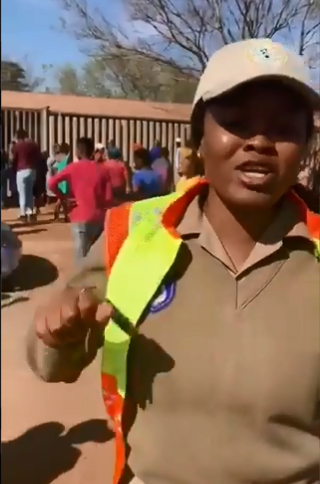 The Ekurhuleni metro police officer who shared a misleading message calling for parents to urgently fetch their children at schools has been suspended.

The video of the officer was shared on different social media platforms causing panic amongst parents.

In the video, she alleges that Pakistan nationals are abducting children from schools. She also tells parents that she is at her child’s school to fetch her own child.

The message caused havoc for the Gauteng department of education as people panicked and rushed to school to fetch their children.

A total of 13 schools were shutdown down due to the rumours which included that some of the schools had been set alight.

"We met with the chief of police and a decision has been taken to immediately suspend the officer."

“The decision has been made by the chief of police investigation to suspend the officer with immediate effect because she actually has plunged the city into crisis,” said Masina.

The SA National Taxi Council (Santaco) in Gauteng has denied claims of a planned shutdown in Tshwane on Wednesday.
News
1 year ago