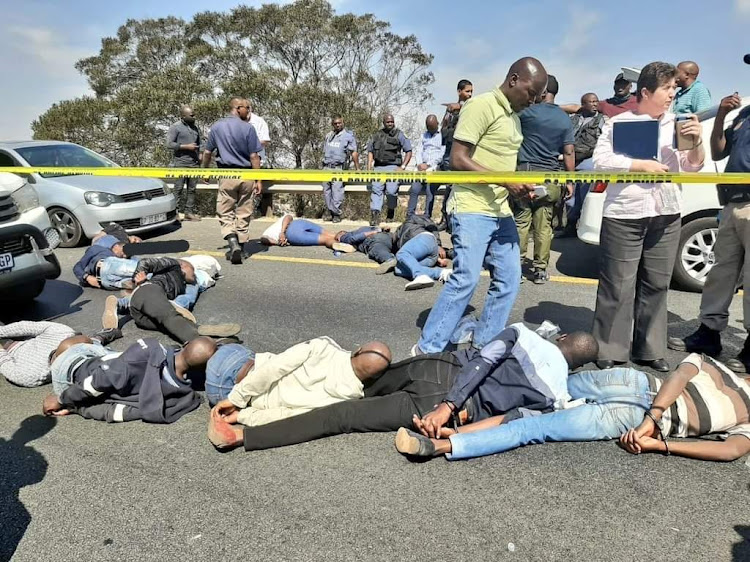 Twelve armed men were intercepted on Wednesday en route allegedly to carry out a  cash-in-transit heist in Soweto.

Six firearms and  vehicles were recovered.

"An integrated multi-disciplinary law enforcement team intercepted the alleged robbers on the N12 Soweto-bound in Gauteng near the Xavier off-ramp where they arrested the 12 men," said national police spokesperson Brig Vishnu Naidoo.

"The suspects were travelling in three sedans and they were found in possession of six handguns."

Naidoo said the suspects were nabbed during an operation by the police flying squad, the Hawks and metro police who responded to a tip-off.

A cash-in-transit robber who was killed alongside one of his accomplices during an attempted heist in KwaMashu, north of Durban, on Monday has been ...
News
2 years ago

"The vehicles as well as the firearms will be analysed to determine if they are stolen or were used in the commission of other crimes," said Naidoo.

National police commissioner Gen Khehla John Sitole said: "Crime intelligence as well as the multi-disciplinary team must be applauded for this outstanding work."

The suspects are expected to face charges of conspiracy to commit a robbery and possession of unlicensed arms and ammunition.