"We won't hesitate to call for the army" - Premier David Makhura 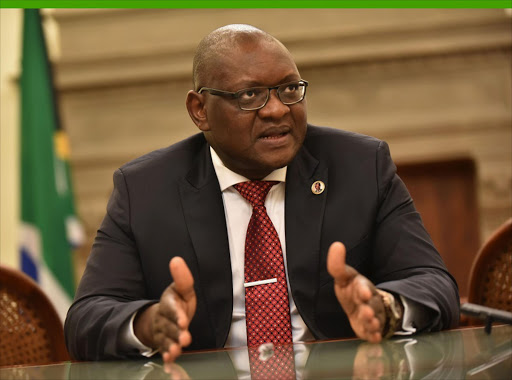 Gauteng Premier David Makhura has promised to call for the deployment of the South African National Defence Force (SANDF)  if the violence in the province persists.

Makhura on Tuesday morning said he had already spoken to the Provincial Commissioner, Lt Gen Elias Mawela for steps to be taken to end the violence and looting that have engulfed the province in the past few days.

The Premier later told the media in Alexandra, where he visited to assess the damage,  he would also not hesitate to consult President Cyril Ramaphosa and defence minister Nosiviwe Mapisa-Nqakula to deploy the army in various areas of the province that have been under siege over the past few days.

Alex is the latest township to be engulfed by looting of shops and violence aimed at foreign nationals. Residents woke up to heavy police presence, as authorities anticipated more violence.

“Right now the police are coping. The job of the police is to police but the army comes in to shoot down. I don’t think that is necessary right now but if the police ask for help then I might need to call the president and the minister of defence,” Makhura said.

"I will not hesitate to ask for further reinforcement from the SANDF, should the police need such support. Several meetings will also be held with various stakeholders to calm down the situation across Gauteng," Makhura said.

On Monday police were deployed to various parts of Gauteng, as looting and vandalism spread across the province, targeting foreign owned shops.

Makhura condemned the violence, describing it as 'criminality'.

"I condemn in the strongest of terms all acts of criminality and lawlessness that brought some areas of our province to a standstill due to the looting of shops and torching of buildings as well as the closure of some roads. We live in a law-governed society and any act of criminality shall be dealt with decisively and swiftly, regardless of nationality," Makhura said.

The ANC has called on the police to arrest people who have been looting shops around Gauteng during violent protests.
News
2 years ago

Gauteng police commissioner Lt-Gen Elias Mawela said seven people were arrested for looting and public violence on Tuesday morning. He said they will appear in the Alexandra magistrate's court soon.

“Forty-seven shops and a liquor store have been looted. Seven people have been identified [and arrested]. We are aware that people took advantage [of the situation] because they knew we were busy in other parts of the province trying to maintain law and order,” he said.

Shop owners were seen picking up the pieces, while hundreds of shop looters stood in street corners. Pan Africa Mall remains closed with a high presence of police closely monitoring the situation.

A shop owner who asked not to be named said he lost 20 years' worth of work when his shop was looted overnight. “For 20 years I’ve been operating in this area, and just like  that … everything was taken. It’s not on. The police and government need to do something about this,” he said.

Police were already deployed on hotspots where the looting and damage property have occurred in the past.

Amongst the areas that have been affected Pretoria CBD, Joburg CBD, Malvern, Germiston and Turfontein.

This is a developing story....

More police officers will be sent to volatile areas in Gauteng as looting and violence spread on Monday.
News
2 years ago
Next Article