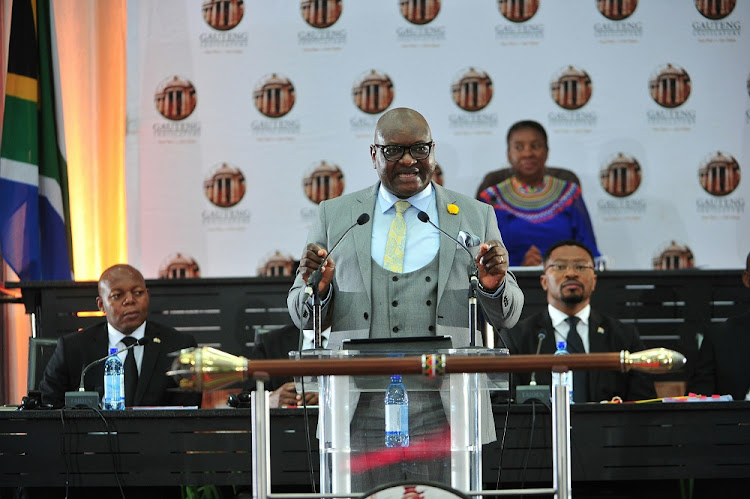 ANC top six officials have rejected the proposal by the ANC in Gauteng to delay implementing the order to drop one male MEC in Premier David Makhura's cabinet.

ANC in Gauteng last week pleaded with the party’s national officials to allow them to keep all the MECs in their positions at least until October.

At the meeting at Luthuli House last week, the provincial leaders argued that changing the MECs now is not an option as the MECs, during Makhura’s state of the province address, were tasked with coming up with plans on how their departments will implement ANC manifesto in the next five years.

ANC secretary-general Ace Magashule on Tuesday said they sent the leaders packing after rejecting their proposal and demanded they action the order now.

“The PEC (provincial executive committee) came here to want to advance reasons why they should still keep the 50/50 and we said no… we said no because we as officials can’t change the decisions of the national executive committee (NEC), which is a decision of the collective, the highest structure,” said Magashule.

The ANC in Gauteng was taken to task at an NEC meeting in July to explain why it deviated from the NEC's April decision which had been upheld in all the provinces.

According to sources, Limpopo ANC chairperson Stan Mathabatha and  ANC Women’s League senior members  Lindiwe Sisulu and Nomvula Mokonyane stood up to complain during the meeting  that Makhura was being given special treatment as opposed to other provinces who met the requirements on gender.

In the end, the NEC resolved that Makhura’s cabinet did not meet the gender parity requirements and demanded that the PEC convene a sitting to address the issue.

The Gauteng PEC last week decided that they were not willing to sacrifice any of the five male MECs - roads and transport MEC Jacob Mamabolo, education MEC Panyaza Lesufi, MEC for economic development and agriculture Dr Kgosientsho Ramokgopa, MEC for health Dr Bandile Masuku, and Lebogang Maile, who is the MEC for human settlements.

Magashule said that although they were not given a deadline on when to implement this decision, this change in Makhura’s cabinet could not wait any longer.

He said that the decision by the NEC that where there is a male premier the cabinet must comprise of 60% female and 40% male [MECs] was non-negotiable.

“As to when will they implement this, they have agreed, we are in constant consultation and engagement with them. They are going to implement, we are not going to wait for October,” said Magashule.