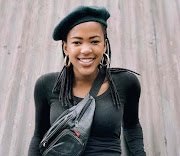 Image: Facebook/Zuki Lamani A court heard on Monday that UCT student Uyinene Mrwetyana, who had been missing since Saturday afternoon, was raped and murdered inside a Cape Town post office.

Thousands of people have signed a petition which demands the return of the death penalty for crimes committed against women. The petition by Change.org was started on Monday, following the news that UCT student Uyinene Mrwetyana was raped and murdered.

The target number of signatures is 300,000 and by Tuesday morning more than 256,000 individuals had signed it. Mrwetyana was last seen leaving her university residence, Roscommon, on Saturday, August 24.

It later emerged that she was last seen at the Clareinch post office, where she had allegedly been lured by a 42-year old man who is an employee at the branch. Mrwetyana was allegedly locked inside, where she was repeatedly beaten with a scale, raped and killed.

On social media, many have flooded government Twitter pages to demand justice for women and children. According to SA history, the Constitutional Court banned the death penalty on June 6 1995, on grounds that the Criminal Procedure Act was in conflict with the country's 1994 constitution.