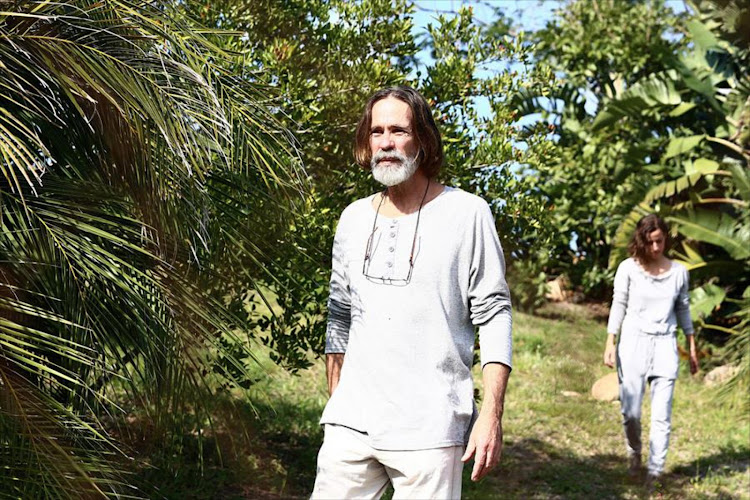 Andre Slade, the former owner of the Sodwana Bay guesthouse, and his partner Katarina Krizaniova, on June 29 2016.
Image: Thuli Dlamini

Racist former Sodwana Bay guesthouse owner Andre Slade has just 16 days to vacate the land he has been occupying for the past 12 years in northern KwaZulu-Natal.

Slade was served a major blow on Friday when the Pietermaritzburg high court issued an order to have him evicted within 20 days.

The application was made on behalf of the Ingonyama Trust and the order stated that Slade, together with anyone else living with him, must leave the 0.58ha farm in Sodwana Bay.

Slade and his Slovakian partner, Katerina Krizaniova, made headlines in 2016 when he sent an e-mail barring black people from his Sodwana Bay guesthouse. It went viral and he was reported to the Equality Court.

The guesthouse subsequently closed but Slade continued to live on the property.

The duo sparked further outrage when Slade justified the ban on racist grounds in various media interviews. He claimed that "God's word" said whites were superior‚ that blacks were classified in the Bible as "animals"‚ and that whites had a "crown" on their heads that blacks did not have.

Slade and Krizaniova were found guilty of hate speech by the Equality Court in February last year and ordered to pay R50,000 to a non-profit organisation in Mtubatuba.

Slade then set his sights on Zulu king Goodwill Zwelethini after he was served with a letter of demand by the Ingonyama Trust board demanding immediate payment of R62‚584 in rental arrears for the land on which he lives.

In April, Slade posted on his website saying the board had picked a "royal fight"‚ refusing to pay the outstanding rent because he and Krizaniova didn’t recognise Zwelithini’s authority as king.

A controversial guesthouse owner in Sodwana Bay‚ in the far north of KwaZulu-Natal‚ faces a R50‚000 fine for comments he made last year about white ...
News
5 years ago

"In the name of Yahweh‚ almighty God‚ we refuse to recognise and respect the so-called Zulu king. King is God’s title‚ yet the first commandment of God says ‘thou shall have no other gods before me'‚" he wrote.

In December, the Durban high court upheld the equality court's hate speech decision against the pair.

Despite all of the judgments against him, Slade still feels his case is legitimate and should be heard by the highest court in the land, the Constitutional Court.

Speaking to SowetanLIVE's sister publication TimesLIVE on Tuesday, Slade said he was preparing an appeal to have his matter heard in the Constitutional Court.

When asked what he would do should his appeal not be granted, Slade said: "Well, if that's not approved we'll walk away from the house - we won't stop our journey, because we're on a journey of truth."

Slade said he did not have another home and that come September 19, he would be left "high and dry".

"We'll stay positive and we'll believe that God has got a plan because God is in control at the moment, we're not in control," he said.