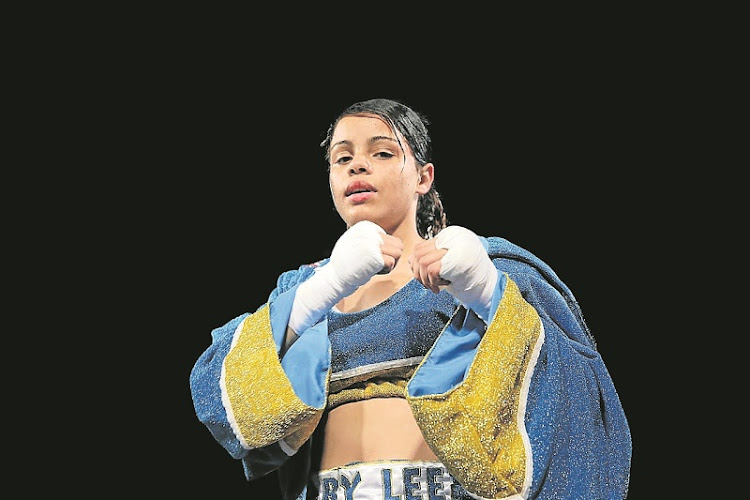 Some members of the boxing fraternity have welcomed the breaking news that the policeman who shot and killed emerging female boxing star, Leighandre "Baby Lee" Jegels, has also died.

Bulelani Manyakama, was in hospital where he had been admitted after being involved in a car crash which left two other people dead.

Seisa told Sowetan's sister publication DispatchLIVE: "The tactical response team member who was in hospital after shooting his boxer girlfriend and his girlfriend's mother, has been certified dead today (yesterday) at an East London hospital.

"The same suspect was supposed to appear before court for the same alleged offences."

It is understood that Manyakama died due to severe head injuries he suffered after he collided with another vehicle in Peddie minutes after shooting Jegels and her mother Rita on Voortrekker Road in East London, Eastern Cape, on Friday.

Two people were killed in the accident, while a third passenger was left injured. Manyakama was admitted at St Dominic's Hospital in East London.

"May his evil soul rot in hell," said one message.

The other read: "He died four days too late; if he could have died last Thursday [the day before he shot Jegels], we would not be sitting with this national tragedy that he has subjected us to."

The fallen boxer's manager, Andile Sdinile, confirmed yesterday that Jegels's mother - who was also shot by the same man Jegels allegedly had a protection
order against - was out of danger after being in the intensive care unit.

"She is even aware that her daughter is no more," said Sdinile, who visited the mother yesterday.

"I have just received messages of condolences from the operations manager of the Super Boxing League, which had approved Leighandre for participation.

"She was supposed to have fought in Saudi Arabia in a bill where Amir Khan from Britain defeated Billy Dib on July 12, but the Saudi Arabian king banned female participation in sports generally, so Leighandre could not fight.

"She was going to feature in the next round in India in January next year," Sdinile said.

Tributes pour in for slain promising boxer.
Sport
2 years ago

Fight fans at KwaThema Community Hall in Springs, Ekurhuleni, must expect a splendid performance from local wondergirl Smangele "Smash" Hadebe in her ...
Sport
2 years ago
Next Article