Woman's quest to change the world 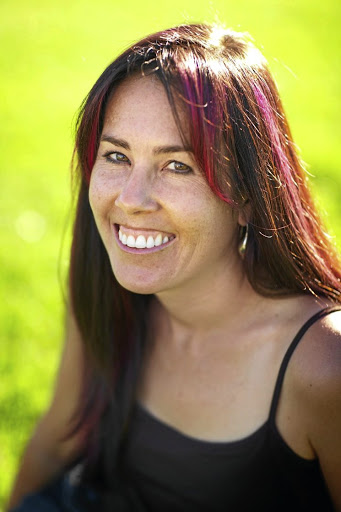 But in American Jessica Powers, the Midlands Literary Festival in KwaZulu-Natal and the South African Book Fair in Johannesburg have attracted someone with a strong connection to Africa.

When Powers was a teen, she visited Kenya, which was her first visit to Africa, or so she thought.

Her father told her that she was, in fact, conceived in Kenya while they were visiting some 19 years earlier.

Powers studied Zulu in one of her three Master's degrees.

She was born and raised in El Paso, a border town in Texas. Powers grew up in a multicultural environment, different to most parts of the United States.

"I grew up on the US-Mexico border, which meant that I grew up in a bi-cultural community, which was largely Latino, 80% Mexican and Mexican-American. I grew up outside the normal American culture," she said.

Powers' other two Master's degrees are in African history from New York State University and from Stanford University. It was at Stanford that she chose to study Zulu. Powers, who also speaks Zulu well, told Sowetan during an interview in Cosmo City, Johannesburg, that Stanford University was compelled to find her someone who could teach her the South African language.

This paved the way for Powers to receive a Fulbright scholarship, through which she came to SA for a year and studied Zulu at the University of KwaZulu-Natal in Pietermaritzburg, and lived in Imbali township while studying.

Her third Master's degree in creative writing is from the University of Texas. She wears multiple hats in her professional and business world. She is a novelist, teacher and a publisher.

She has published nine books and owns Catalyst Press. She partnered with Lapa Uitgewers in Pretoria to enable her mission to make African history accessible.

Futhi Ntshingila is one of the South African authors who have been published in the US under Powers' Catalyst Press. Her book, We kiss them with rain,is receiving good reviews in the US.

"It [the book] has been picked up by a few newspapers that side. The recent one is Boston Review," said Ntshingila.

She said Powers' quest to publish African authors will allow more African voices to be heard.

The Midlands Literary Festival was held at the weekend.