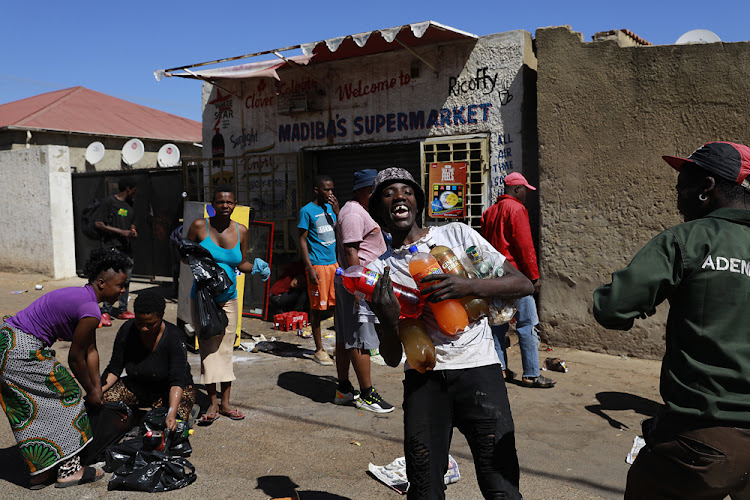 Looting Shops in and around various parts of Johannesburg, were were looted and set alight. Most of these establishments were foreign owned, although local shops were also affected.
Image: ALON SKUY​

"The person survived the shooting but sustained a serious head injury. It was a public shooting. We don't know who fired the shot, but for now it's a crime scene," he said.

Footage of the chaos was widely shared on social media.

This is unacceptable. We can't have this #Xenophobia attacks happening. #JoburgCBD right now is out of control. pic.twitter.com/dzK7MZXI2L

There’s a mob heading to Joburg CBD from Jeppestown. They’re trashing everything in the way. If you’re around the area, please be safe. @eNCA @News24 #jeppestown #JoburgCBD pic.twitter.com/7RhaPOwsus