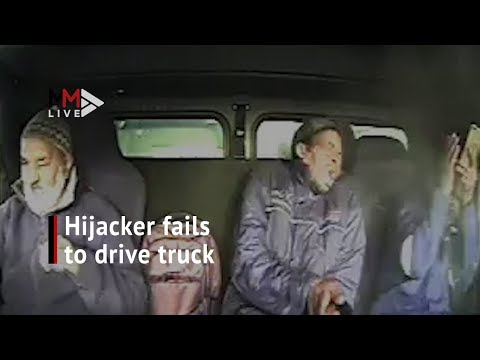 An attempted hijacking was caught on camera on August 23 in Cape Town.

Three armed men jumped into a truck and attempted to hijack it. One of the hijackers failed to drive the truck and and made the driver get back into the driver's seat.

The men soon realised the incident had been recorded on CCTV camera.