University of Pretoria set to change its image 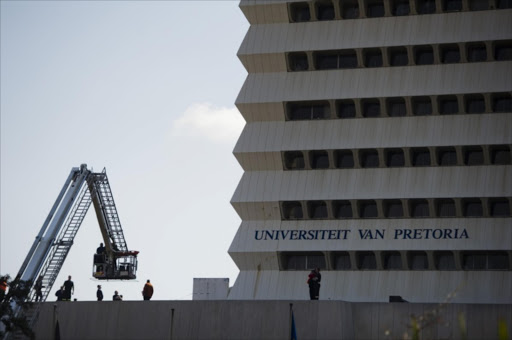 The University of Pretoria (UP) is proposing to change its logo.

An email has been sent by UP executive to staff members, students and alumni, informing them that the institution is conducting an opinion survey on the matter.

Part of the email read: “While it is industry best practice to continuously refresh and create an attractive and living brand, no decision has yet been made to change the logo that is used for marketing and branding purposes.”

However, the AfriForum Youth said the action by the university’s executive aimed at changing the coat of arms is another case where money is spent unnecessarily. They said there are students who are financially unable to settle their accounts.

At the beginning of this academic year, UP also phased out Afrikaans as the official medium of instruction at all its campuses and residences. English is now the primary language of communication and administration after the policy was adopted in 2016 by the university's council and senate after extensive consultation process and recommendations from all interested parties.

The university, known to some as an Afrikaner enclave, has since appointed its first black vice-chancellor and principal, Professor Tawana Kupe.

The renaming ceremony of three historical buildings at Unisa's Muckleneuk campus in Pretoria is currently under way.
News
2 years ago

It was a day filled with celebrations and singing as three Unisa buildings were renamed.
News
2 years ago
Next Article