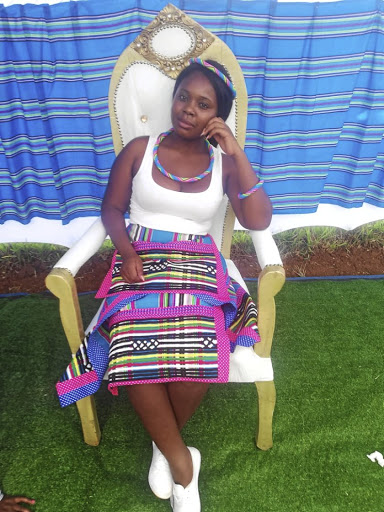 Princess Andani Tshivhase is grounded despite her lofty status. /Supplied

Not even growing up in a royal family makes Princess Andani Mufhiri Tshivhase look down on others.

Instead, she strives to bring people together. Tshivhase, who hails from Mukumbani village in Venda, is the pride of the Masingo clan led by her father Midiyavhathu Prince Kennedy Tshivhase.

The 23-year-old princess is being groomed for leadership roles by both her father and the senior womenfolk of her clan. Tshivhase, vouching for the importance of education and leadership, also studies for a BTech degree in engineering at the Cape Peninsula University of Technology.

"I remain humble and treat everyone with respect," she said about her upbringing and status as a royal.

"I grew up as a cheerful and humble village girl. [Despite my royalty] I always wanted to associate with other children and have activities that encouraged team work and patience, I believe in bringing people together," she said.

Tshivhase went to school with other children in her community, from Gooldville Mission School for primary until matric in 2014 at Tshivhase Secondary School.

About her big family, she said: "My father has three wives and I am one of nine children. We are proud to be Venda and our culture had taught us a great deal."

Sho Madjozi's big victory as Best New International Artist at the BET Awards in Los Angeles is for rural girls.
Entertainment
2 years ago

She said in her culture women were given their place and respected as decision-makers.

"Women are given the role to chastise, groom and lead. "My view on traditional leadership in South Africa is that it has been sidelined. However, I still believe in traditional grooming and customs."

Tshivhase said she would use her role as a young leader to solve issues in her community. She said she would also like to see more traditional leaders taking part in parliamentary proceedings, where laws are made and be recognised as part of law enforcement.

"Most youth lack traditional education. We tend not to follow culture because it has been portrayed as boring, and this goes back to parenting in society.

"Yes, culture has changed with time and because of new innovations, but we all need to know our history and customs."

Tshivhase said another factor about the shunning of culture was "we have the mentality that it is too strict".

"So, we want freedom and that is why today youth have turned into gangsters."

Tshivhase said what she observed during the elections this year, when many young people came out in great numbers to vote, was encouraging.

"This meant that we want our voices to be heard and we want to make a difference in our country."

Her father said raising a generation of traditional leaders has given him the obligation to be firm but also adjust to innovation.

"I am the youth of 1976 and my children have been taught independence and responsibility at a young age because they are born leaders," he said.

He said he took pride in reaching out to all young persons in society.

"I want young people to know they have a role of responsibility to play at all times." he said.