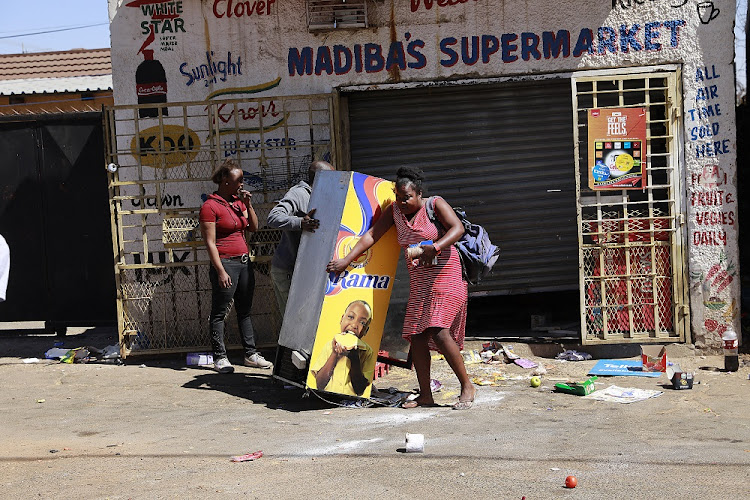 Shops in and around various parts of Johannesburg, were were looted and set alight. Most of these establishments were foreign owned, although local shops were also affected.
Image: ALON SKUY

The ANC has called on the police to arrest people who have been looting shops around Gauteng during violent protests.

Speaking at a media briefing on Monday, ANC spokesperson Dakota Legoete said that people who are looting have taken advantage of a genuine protest over drug peddling and are using it to conduct acts of criminality.

“What becomes a problem for the ANC from the analysis and briefing we have received is that there’s clear opportunists who have hijacked a pure community concern against drug peddlers but now they have turned it into a criminal act by looting shops,” said Legoete.

He said that though a genuine concern, drug peddling is not only conducted by foreign nationals. He said that local people are also guilty of the same act.

“... problem of drug peddling is a problem perpetrated both by our own nationals in South Africa as well as foreign nationals, they are together in that criminal act and the police need to act on that,” said Legoete.

“And I think equally so, the looting of shops is a criminal act which the police would have to act on and the police have so far arrested over 60 people just around Joburg.”