More than 2,000 in Pretoria without water after major pipe burst 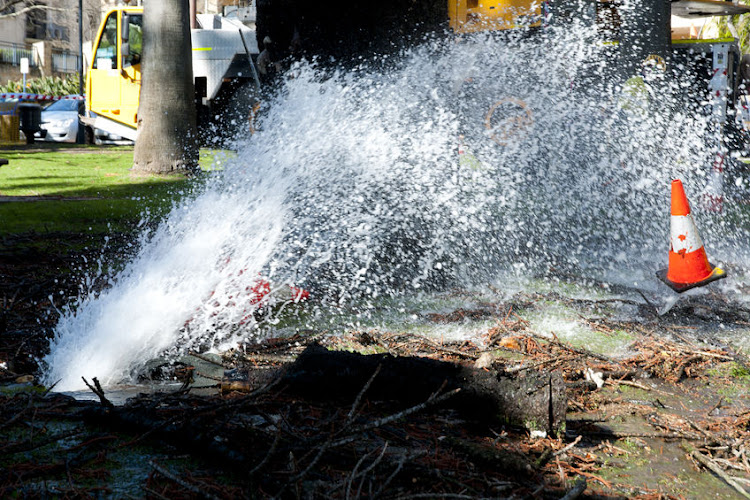 A "major" pipe burst has left more than 2,000 Tshwane residents, including hospital patients, without water.

The pipe burst, according the Tshwane municipality, resulted in a loss of large volumes of water at Fountains, south of the Pretoria CBD.

"Given the seriousness of the gush, the city enlisted proficient resources to effect repairs to the 1,000mm HDPE pipe, which will take some time," said municipal spokesperson Lindela Mashigo.

He said the water supply interruption would affect schools, hospitals and residents.

"A lot of people have been affected. A safe estimate of people affected would be 2,500. That includes schools and hospitals."

Taps remain dry as Mogalakwena waits on the ANC

"The city is committed to resolving this looming water outage with promptness. About 30 water tankers have been arranged and will be deployed at strategic points in consultation with ward councilors to supply water during repairs of the damaged pipe," Mashigo said.

He said due to the intensity of repair work to be carried out, an estimated time of when the water supply would be restored could not be provided. Inspections were under way to determine the extent of the damage.

"Further updates will be communicated in due course," Mashigo said.