'We will support him no matter what': Shepherd Bushiri's followers 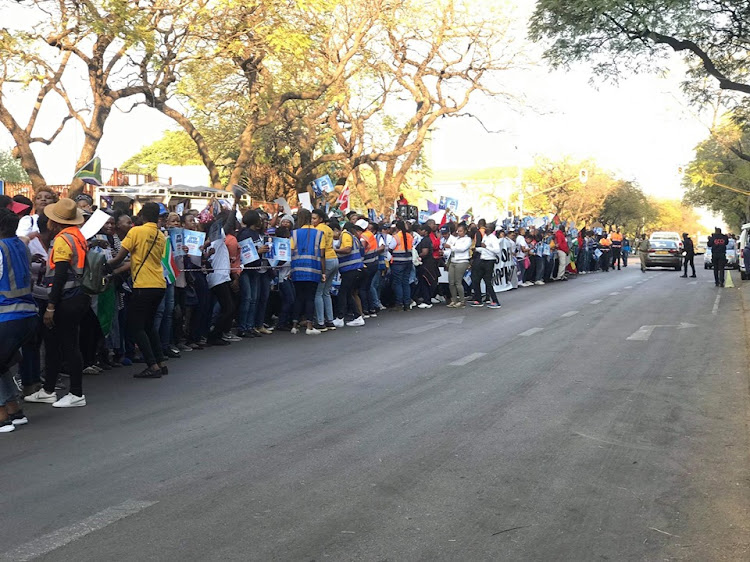 Hundreds of their supporters gathered outside the building early in the morning in anticipation of their arrival.

Stanley Lomasi said he came all the way from Malawi to support Bushiri. “You can’t fight a prophet. We are so happy and we will continue to stand by the prophet.”

Controversial self-proclaimed prophet Shepherd Bushiri and his wife, Mary, appeared in the Pretoria specialised commercial crime court on August 29 2019. Visagie Street in Tshwane was swamped with hundreds of “Major 1" supporters, who sang and danced while waiting for him to arrive. The trial has been postponed to November 29 2019 for the state and defence to submit representations.

Bushiri, dressed in a black suit and white shirt, appeared joyful as he greeted his supporters with a wave ahead of the appearance.

His wife was wearing a pink top and jeans.

The followers sang songs and danced..

The case was postponed to November 29 for the state and defence to submit their representations. 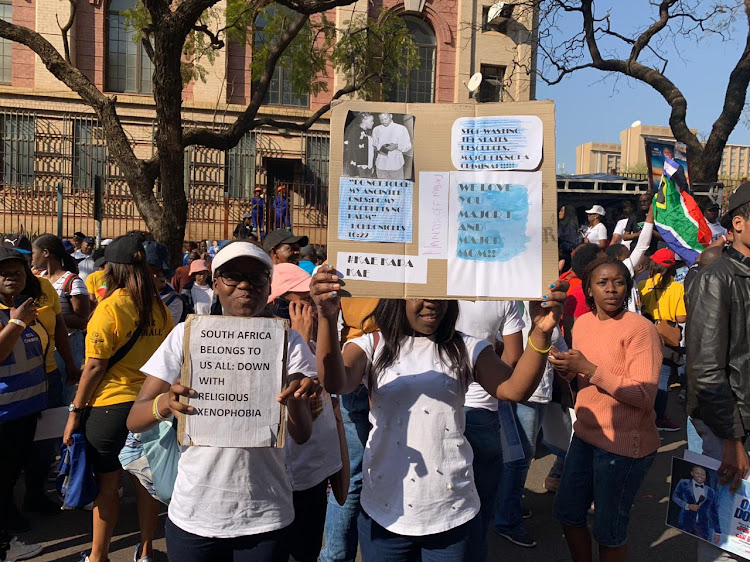 After the postponement, an organiser told followers the case was “done”.

They erupted in praise and worship, singing “Victory belongs to Jesus”.

Sibusiso Mahlangu said: “I am feeling happy, I am a son of Major One (Bushiri). We will support him no matter what.” 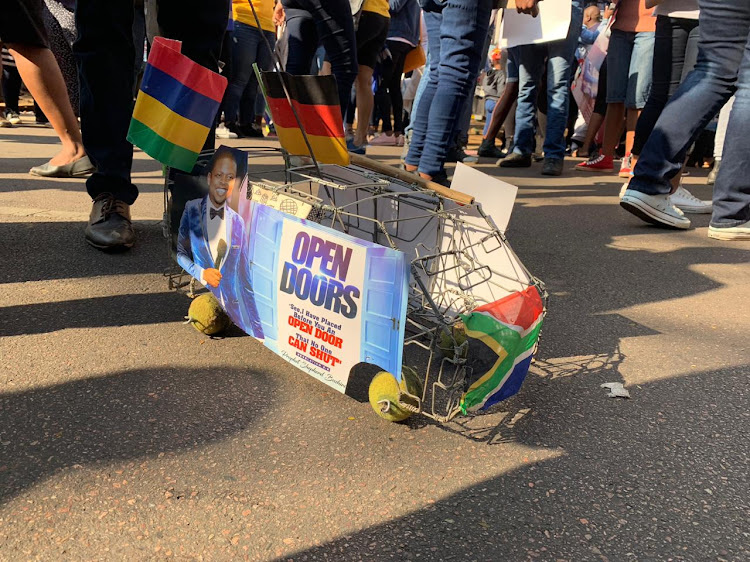 Dephney Maake said they believe in Bushiri’s innocence because he “didn’t do anything”.

“They just accuse him for nothing. We stand by him, wherever he goes, we will follow.

“Whoever fights Major One, we will fight them. I believe in him because he is my prophet,” Maake said.

The couple was granted bail of R100,000 each in February.

The Bushiris, who head a multi-thousand-member church, as well as several businesses locally and abroad, were arrested for alleged money-laundering, fraud and contravention of the Prevention of the Organised Crime Act (Poca).

The crimes, allegedly committed from 2015, involve more than R15.3m.