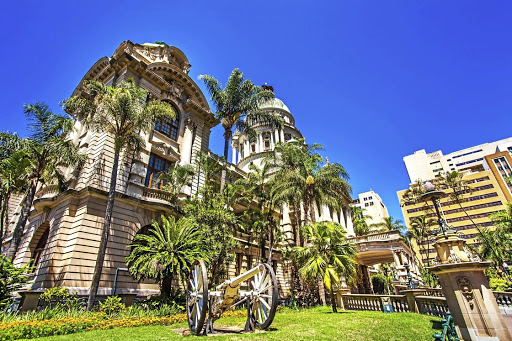 A full council meeting at which the eThekwini municipality's new executive committee was due to be sworn in on Thursday has been postponed.
Image: 123RF/schnepfclaudia

Members of the eThekwini executive committee were told on Wednesday morning that the full council meeting, in which the city's new mayor, deputy mayor and speaker were to be sworn in, has been postponed.

DA councillor and caucus leader Nicole Graham posted the SMS notification she received from the secretariat on Wednesday about the postponement.

Tomorrow’s #durbancouncil (that was to elect a new Mayor, Deputy Mayor, Speaker, Chief Whip and EXCO Councillors) has been suddenly postponed without any explanation. Trouble in paradise @ANCKZN? pic.twitter.com/S2jDsVo6pe

Municipality spokesperson Msawakhe Mayisela confirmed that the full council meeting had been postponed and that a new date would be communicated.

He did not provide a reason for the postponement.

The delay in the meeting comes amid controversy after the ANC provincial working committee announced that current transport MEC Mxolisi Kaunda would replace Zandile Gumede as the city's new mayoral candidate.

Gumede was scheduled to hand in her resignation as mayor by midday on Monday.

ANC KwaZulu-Natal spokesperson Ricardo Mthembu said on Monday evening that Gumede and other party members who were asked to step aside had sent in their resignation letters throughout the day.

Gumede is out on R50,000 bail after being linked to the awarding of an allegedly fraudulent R200m city tender.

Corruption-accused Zandile Gumede has officially resigned as mayor of the eThekwini municipality.
News
2 years ago

As the clock struck midday on Monday, there was still no no clarity on whether ousted eThekwini mayor Zandile Gumede had met her ANC-imposed deadline ...
News
2 years ago

The eThekwini metro mayor-elect is Mxolisi Kaunda, the current MEC for Transport in KwaZulu-Natal, the ANC announced on Thursday.
News
2 years ago
Next Article