Round 2 of DA and Phumzile Van Damme match 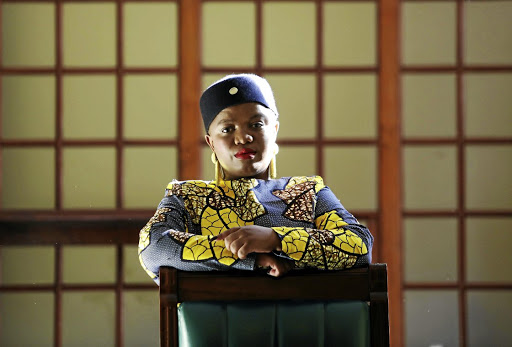 DA parliamentarian Phumzile van Damme is under investigation by the Federal Legal Commission for punching a man in Cape Town. /ESA ALEXANDER

One of the most prominent black DA MPs, Phumzile van Damme, looks headed for a showdown with her party following a decision to probe her for an incident in which she punched a man at the V&A Waterfront in Cape Town.

The incident, which took place in June, caused a stir in politics with many supporting Van Damme for taking a stand against what they perceived to be racism. Others in her party, including former party leader Helen Zille, questioned her version of events.

Van Damme's sympathisers say she is being victimised.

The decision to go ahead with the probe appears to have been taken after DA parliamentarians Ghaleb Cachalia and Michael Cardo objected to Selfe's initial decision.

Phumzile van Damme learnt from the media that the DA may be taking disciplinary action against her.
News
2 years ago

Selfe said, after he and party chief whip John Steenhuisen interviewed Van Damme, they initially decided to let the matter rest until more information came up.

He said in the "lengthy" interview with Van Damme just over a month ago, it was clear that they would not be able to ascertain what had happened during the Waterfront scuffle because they had no access to the video footage of the incident.

They then decided not to pursue the matter further, but this decision was opposed by Cachalia and others.

Selfe said several people called asked him to reconsider because of the principle of consistency.

He said he referred the matter to the FLC for investigation.

Breytenbach confirmed that the FLC was investigating the incident.

The family accused of racism by DA MP Phumzile van Damme have denied that they were racist towards her in a row on June 18 at the V&A Waterfront in ...
News
2 years ago

She said they would also look into Van Damme's tweets in which she made it clear that she would fight the probe to the bitter end.

Van Damme tweeted: "But here's one thing: I will not be sacrificed at the altar to appease some people and in the quest for votes. Sir, Ma'am, no. So, in a nutshell: makunyiwe macala."

She, however, could not give further comment and said the interview she had with Selfe and Steenhuisen was private and what she raised would form part of her defence.

"It was a private meeting so I'm not going to say anything. I cannot comment on internal meetings," said Van Damme.

She could also not comment on why she believed Cachalia was steadfast on getting her probed.

Their relationship appears to have soured when Van Damme called him out for what was perceived as homophobic tweets directed at openly gay radio host Eusebius McKaiser saying he was a "woman scorned".

Viral videos have turned our lives into reality shows

DA MP Phumzile van Damme is not letting the "racist" altercation at the V&A Waterfront in Cape Town go any time soon.
News
2 years ago