Prasa and police root out rail infrastructure thieves in KZN 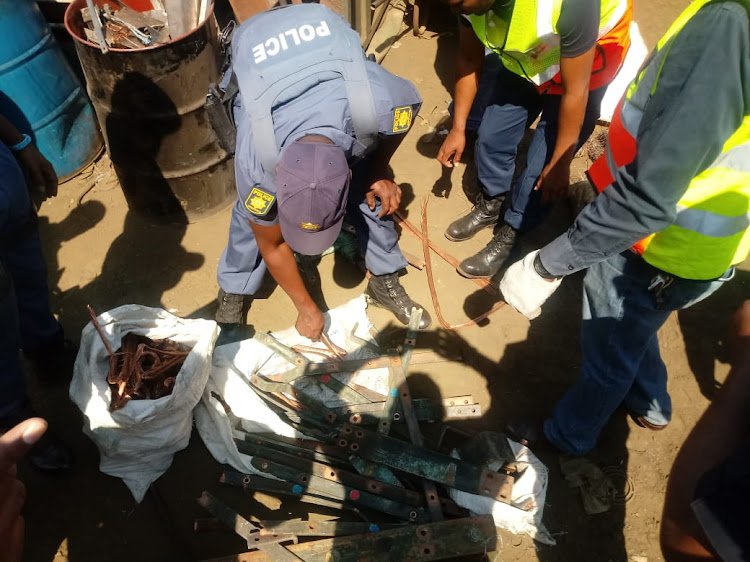 KwaZulu-Natal police and the Passenger Rail Agency of SA (Prasa) are cracking down on scrapyards suspected of selling stolen copper and other rail infrastructure.

In the most recent incident a scrapyard dealer and his employee were arrested and charged for tampering/damaging/destroying essential infrastructure in Isipingo, south of Durban.

Police spokesperson Lt-Col Thulani Zwane said the men, aged 36 and 45, appeared in the Durban magistrate's court on Tuesday where the matter was remanded.

"Police officers seized 235kg of copper belonging Prasa and the eThekwini municipality. The estimated street value of the copper is R200,000. The property was positively identified by Prasa and municipal officials," said Zwane.

Prasa spokesperson Zama Nomnganga told TimesLIVE that joint operations with metro police and rapid rail police were being conducted every week targeting scrap yards "where our assets are sold".

"This has been a real concern because it is affecting our operations because of theft and vandalism."

Nomnganga said Prasa's operations in KwaDukuza, on the north coast, had been hard hit because of theft of signal components.

"This results in delays of more than two to three hours with commuters," he said.