Final sequestration order against former VBS boss and his wife 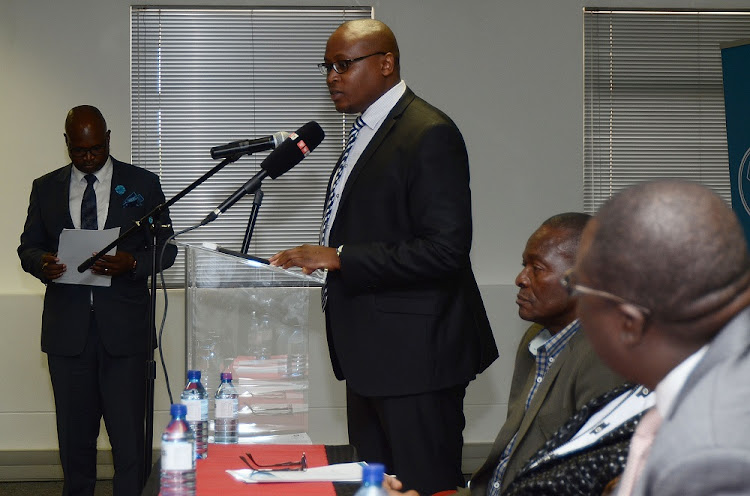 File picture of the CEO of VBS Mutual Bank Andile Ramavhunga at The Core in Sunninghill.
Image: Mduduzi Ndzingi

Ramavhunga was implicated in the large-scale corruption that took place at VBS which saw the bank lose almost R2bn. A report by Advocate Terry Motau titled The Great Bank Heist found that executives at both VBS Bank and its majority shareholder Vele Investments devised a plan to defraud the bank.

Ramavhunga and at least 50 other individuals were found to have financially benefitted from this scheme after it was found that they used the stolen money to buy immovable assets, luxurious vehicles, a helicopter and pay off their debts.

He received a R15m bonus through his company Dambale Holdings which represented Vele Investments in a false sales acquisition of a Zimbabwe-based company. In the initial case where a provisional sequestration order was granted by Judge Moroa Tsoka, Ramavhunga argued that although there was no dispute that there was large-scale looting at VBS, he was not part of it.

However, Judge Elias Matojane has now said that as a qualified chartered accountant and the CEO of VBS Bank, Ramavhunga “must have known that VBS paid for and purchased a helicopter for an amount of R12 835 000 (R12.8m)”.

Gauteng MEC for cooperative governance Lebogang Maile has written letters to the mayors of the West Rand district and Merafong local municipalities ...
News
2 years ago

“He must have also known that Mr (Tshifhiwa) Matodzi (VBS board chairperson) purchased a Ferrari for an amount of R6 500 000 (R6.5m),” said Judge Matojane.

It was also found that Ramavhunga was aware of bribery and corruption involving payments to senior executives at the PIC to keep them silent.He also knowingly signed a R1.5m "performance incentive" to Bhekwam Holdings, a company owned by VBS chief banking officer Gift Manyanga.

In his judgment, Matojane said he agreed with Tsoka’s judgment that Ramavhunga’s hand in the looting of the bank goes far back when Vele Investment – through a company called Insure - fraudulently bought shares in VBS for R80m.

He said that Ramavhunga created false paper trail which among others claimed that Vele Investment had deposited over R250m into VBS during periods of liquidity distress and that he also wrote to the board that “Vele, through Insure, had held deposits of over R1.5bn over a six-month cycle which was false”.

Tsoka found that the R15m bonus Ramavhunga received for a purported acquisition of a Zimbabwean company, Mvunonala, by Vele Investments (through Dambale Holdings a company said to be his own alter ego) were proceeds of VBS fraud as Vele never acquired the said company as it was purchased by Gazela Trust three months before Vele is said to have acquired it.

The South African Reserve has confirmed that there was a buyer showing interest in embattled Venda Building Society Mutual Bank (VBS). The Bank's ...
Business
2 years ago

“The attempted explanation by Ramavhunga of the origins of this amount is not only beyond reasonable doubt false but is a lie,” said Tsoka.

“The R15m is the proceeds of fraud perpetrated on VBS. In the result, the court finds his explanation implausible and not bona fide. VBS has established a prima facie case against him for the provisional sequestration of his assets.”

Matojane said he was granting the final sequestration order as he believes Ramavhunga and his wife Zanele, despite his arguments, are indeed insolvent.

“In the circumstances, I find that a proper case has been made out for the sequestration of the respondents joined estate.”