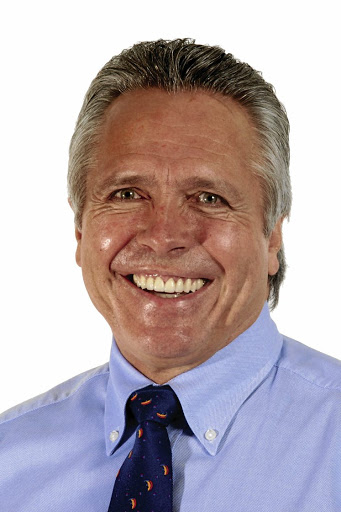 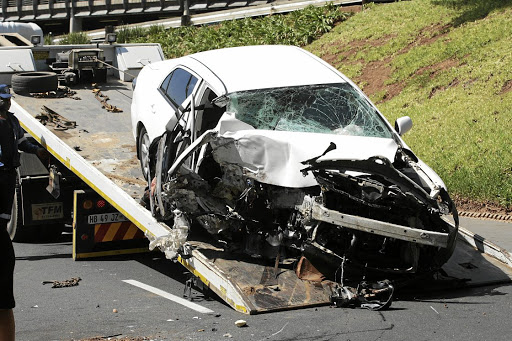 Watson was killed in a horrific crash near OR Tambo International Airport.

He was driving a company-owned white Toyota Corolla as his luxurious BMW X5 had apparently been having mechanical issues.

Police said there was "no evidence at this stage" that suggests foul play in the strange car crash - but they were probing whether anyone can be held liable for culpable homicide, or "gross negligence" linked to that accident.

The crash happened the day before the 73-year-old was due to face tough questions about his company's tax affairs at a Sars inquiry.

Watson was subpoenaed to testify about whether he and his companies had given accurate information to the    revenue services following the damaging testimony of former Bosasa COO Angelo Agrizzi at the Zondo inquiry into state capture.

At the scene of Watson's car crash, there were unanswered questions on why there were no skid marks on the road indicating that he had tried to stop the car before it crashed at around 5am yesterday.

"There is no sign that the driver tried to stop the car," said one Ekurhuleni metro police officer on the scene.

Watson's car appeared to have disintegrated from the front after it hit a concrete pillar under a bridge on the R24 road near the airport.

By mid-morning, police were still clearing up debris including mangled parts from the front of the vehicle.

Police had to cover a pool of blood mixed with what appeared to be oil from the wreckage of the car with soil.

The concrete pillar bore testimony to the impact that Watson's car had smashed into it, leaving black marks and scratches.

Shattered pieces of glass and other body parts of the car had to be removed from the road by investigators.

Watson is said to have been scheduled for a meeting in Pretoria when the crash happened but neither the police nor the family would confirm this. The family would also not be drawn into whether or not he was going to the airport and where he was travelling to.

Family spokesperson Papa Leshabane said: "We are now dealing with the death, where he was going or not going is neither here nor there. Let's focus on this for today.

"What I know is that the car that he normally drives had a mechanical problem. It's at the garage and he needed a car to use for the weekend."

Police spokesperson Lt-Col Katlego Mogale said police opened a case of culpable homicide and investigations were ongoing. "If it is not on the docket, I don't speak about it. The people who are saying these things must be put on the record so I can go and speak to them," she said.

He had told the commission about how Watson allegedly bribed politicians to secure government contracts. He said he never met or spoke to Watson since the testimony.

"I can only offer my condolences to the Watson family," said Agrizzi briefly.

Leshabane said details around the accident were sketchy but confirmed that Watson was travelling alone and that there was no other car involved.

He said that the family requested to be given space to deal with the shock.

The police said Watson died after losing control of the vehicle. They did not confirm his identity.

Ekurhuleni Metro Police Department spokesperson Kobedi Mokheseng said when officers arrived on the scene, "the driver was trapped in the car".

"SAPS came quickly from the airport and took over the scene."

Agrizzi and other former Bosasa officials painted Watson as a corruption mastermind, who had built his multibillion-rand empire by securing massive government contracts through the bribery of senior ANC members and the funding of the ruling party.

It was a R500,000 donation from Watson to President Cyril Ramaphosa's CR17 campaign that prompted public protector Busisiwe Mkhwebane to launch a far-reaching investigation into the funding of Ramaphosa's ANC presidential race.

Mkhwebane found that there was "prima facie evidence" of money-laundering linked to this campaign funding, in a report that Ramaphosa has slammed as legally and factually flawed.