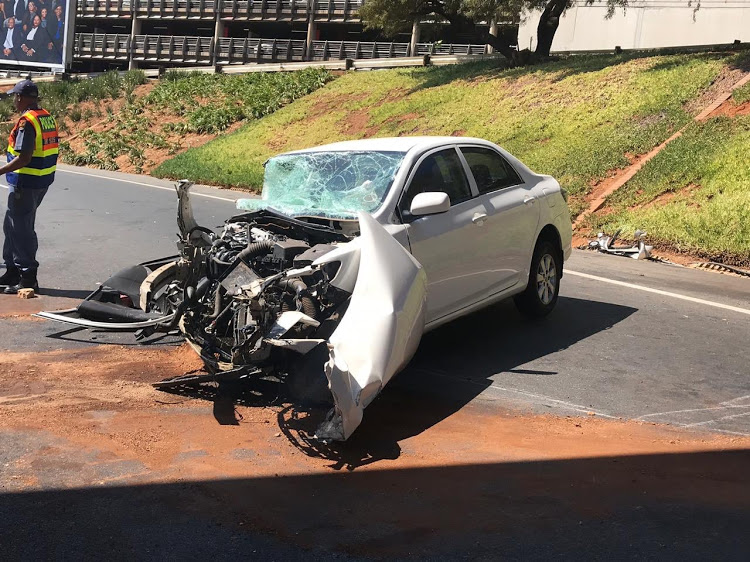 Gavin Watson, the CEO of facilities company Bosasa was reportedly involved in a car accident in the early hours of Monday.

The accident happened around the OR Tambo International airport.

The SABC reported that Watson died in the accident but Bosasa spokesperson Papa Leshabane could not confirm it.

“Yes I can confirm the accident but I do not have further information. I cannot say for certain that he has died as I am only heading to the accident scene now,” said Leshabane.

“I am going to the scene and I have another team heading to the mortuary. I am stuck in the Gilloolys traffic.”

A statement issued by Lieutenant-Colonel Katlego Mogale, confirmed that a 73-year- old man was involved in an accident near the O. R. Tambo International Airport.

“It is reported that the man was driving into the airport precinct, when he allegedly lost control of his vehicle and collided with a concrete pillar holding up a highway bridge. The victim was certified dead on the scene by  paramedics and a case of culpable homicide has been opened for investigation. The identity of the man is being withheld until his next of kin has been notified of his passing,” the statement said.