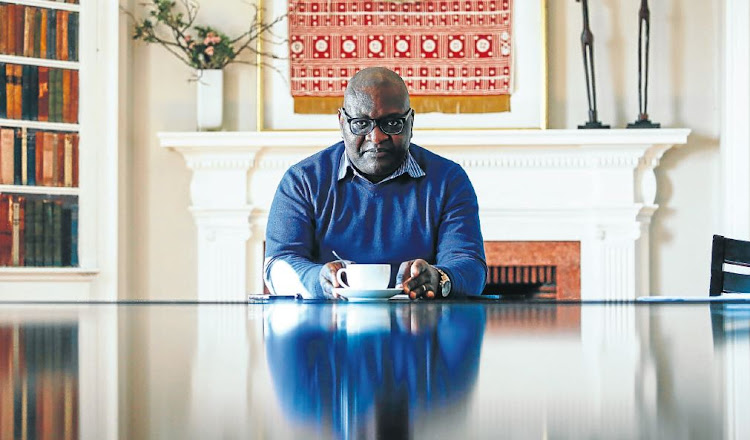 Gauteng Premier David Makhura has defied an ANC NEC decision to fire one male MEC and replace him with a woman.
Image: Moeletsi Mabe

Gauteng premier David Makhura will on Monday meet the ANC top national leadership to explain why he has defied a national executive committee decision to remove one male MEC from his cabinet and replace him with a female.

Makhura, together with the other top five Gauteng ANC officials, will meet with treasurer-general, Paul Mashatile and secretary-general Ace Magashule, in a bid to convince them to exempt Gauteng from having more female MECs in his cabinet than males.

PEC insiders told SowetanLIVE's sister publication TimesLIVE that Makhura and the other officials were defiant at the meeting, telling them that they would try to convince the ANC national officials to allow Gauteng to keep the current cabinet unchanged.

“The position of the PEC is that the status quo must remain. They will then try to raise it with the national officials the way they did when the deployment was done to try and make them understand why we need the cabinet structured the way it is.

“Part of the argument will be that there have been exceptions in the past with other provinces in implementing NEC resolutions. I think, importantly, as long as you are not out of the policy of the organisation, which is 50/50,” said the insider.

“The office bearers still feel that [cabinet] must remain as it is ... deployment is about managing two things: politics and experience/expertise. It’s a very delicate matter which you have got to manage at all times.”

Another ANC insider said at the PEC meeting, no one stood up to oppose the stance of Makhura and his leadership collective.

He said the resolution of the meeting was not that Gauteng should not change its cabinet but that they must go and discuss the decision and how it should be implemented.

“It’s not about it not happening - remember it’s an NEC decision. It’s about how it must happen ...they are going to discuss a decision that has been taken [by the NEC],” he said.

Another Gauteng leader said the meeting agreed that if the national officials insist that the NEC decision be implemented, it should be done without hesitation.

“It’s a contested issue. The women's league, I know, in the province thinks it should be implemented. It’s a resolution and it must be honoured,” said the insider.

The insider said it was difficult to say who was likely to get the chop but only education MEC Panyaza Lesufi was safe from the axe.

“You can’t touch him, but besides Panyaza, the other four, anyone can fall,” he said

ANC Gauteng spokesperson, Tasneem Motara, confirmed Monday's meeting  but said the party would only give more information after the meeting.