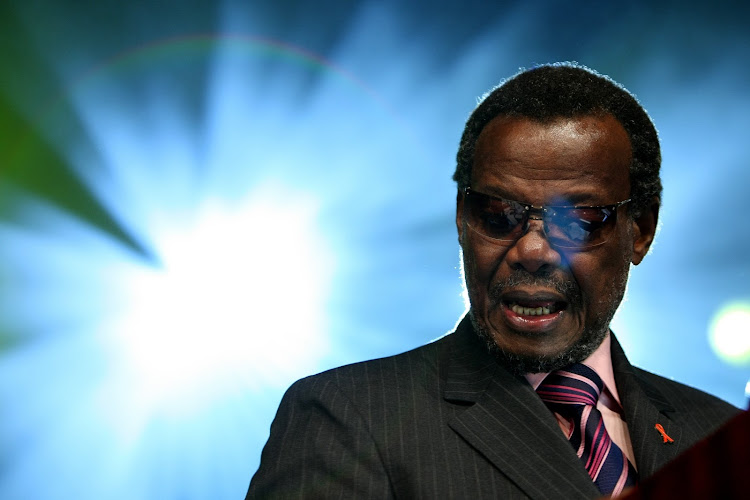 Outgoing Inkatha Freedom Party (IFP) leader Prince Mangosuthu Buthelezi sought to downplay his stepping down from the helm after 44  years in power, saying this was not a big deal and that  the party was bigger than him.

The IFP is the fourth largest party in Parliament after growing its support to 3.38% during the May 8 election, thus landing itself 14 seats in the National Assembly.

It also dislodged the DA as the official opposition in its stronghold of KwaZulu-Natal (KZN), where it received 14.58% of the votes, equating to six seats in the provincial legislature.

Buthelezi, who turns 91 on Tuesday and is the oldest-serving MP in Parliament, has been at IFP leader since its inception in Ulundi, KZN, on March 21, 1975.

In his welcoming remarks at the IFP national elective conference in Ulundi on Friday night, Mangosuthu described the conference as "different" and a "watershed moment" for the organisation.

"[This conference] has been accompanied by unprecedented hype and speculation. Because in this conference, Buthelezi will step down," he said, adding "this moment was planned a long time ago".

Weak police intelligence capacity coupled with failure to successfully prosecute politicians behind the murder of their political rivals is ...
News
2 years ago

"This is a significant moment, but it is far less sensational than many seem to think. The IFP has been in a time of transition since 2012."

Speaking in third person, Buthelezi, who stressed that there was democracy in the party, characterised his decision to step down as leader in casual terms.

"It is simply the last step in a very public journey. I understand, however, why it feels like such a big moment. The story of the IFP is deeply intertwined with my own story; the story of Buthelezi," he said.

"I have served this party for 44 years, since its founding in 1975. Yet I have never served alone. This party is bigger than Buthelezi. It has a future beyond my own."

It will also elect 34 committee members who will serve in the party's national council. Buthelezi said out of conference like this, unity has emerged which secured the IFP's survival in "turbulent political sea".

"Strategies have been formed, not only to make our voices heard, but to speak with the voice of truth. We have pursued the best interests of our country, and we have committed to serve," he said.

Police have launched a manhunt for the killers of an Inkatha Freedom Party councillor who came under fire in the KwaZulu-Natal town of Estcourt on ...
News
2 years ago

"Obviously, there are going to be some amendments to our constitution. The topical issue as far as I'm concerned, judging by the mood of delegates, is the issue of land reform. The whole issue of governance in this country will not escape the conference's radar," he said.

"80% of delegates here are young people, they have really come to express their frustrations and air their views as to what could be done to address the situation."

On Buthelezi, Mncwango said his stepping down from power was a reality and that very few people want to talk about this. "This is because it's difficult to countenance the situation of the IFP without [Buthelezi]at the helm. But obviously, we will be selfish to demand more from him."

The IFP, he said, asked Buthelezi to manage the party leadership's transition during their national conference in 2012 and "he has done so so meticulously for the past seven years".

"We are here today, we really have to allow him to retire peacefully. And obviously there will be no retirement because as long as he lives we will not stop calling upon him to tap into his wisdom and his astute leadership that he has delayed over the last 44 years."