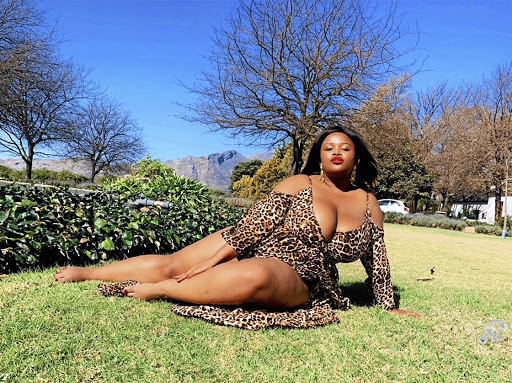 Oyama Botha, 24, is a Master's student at the University of Cape Town and a plus-size model./twitter

For longer than Queen Elizabeth has been alive, the black female body has been a topic of denigration through the eyes of Westerners and society.

Now black women across the world have taken back their power by taking control of their bodies; from rising star Lizzo and Beyoncé to Busiswa and Moonchild, being proud of one's body (in all shapes and forms) has become the norm.

Although we have mostly seen celebrities taking back this power, ordinary SA women have also embraced this in their everyday lives despite the push-back from society.

Oyama Botha, a 24-year-old public policy Master's student at UCT and plus-size model, frequently takes social media by storm for her daring pictures despite growing up in a body that was often sexualised by society.

"Growing up as a teenager I was often sexualised and I then grew up thinking that I shouldn't be sexy," she said.

Botha, who served as deputy secretary-general and acting president of the SRC, said black women have normalised their bodies compared to older generations. "We are normal people and sexualising us shows that there is something wrong with them [the predator]," she said.

Mofokeng chats to us about her book, music and sex.
S Mag
2 years ago

Botha said black women have historically been fetishised by Westerners for their curvy bodies.

"Sara Baartman was made a laughing stock by white people because she had big thighs and a big bum, but bigger girls are now taking back the narrative and owning it," she said.

The student said she has only recently became confident enough to wear a bikini because she is plus-sized.

"I used to think that a certain body type must wear a bikini, so I used to wear a tankini which also took me some time to be confident enough to wear. The first time I wore a tankini was in my first year [of university]," said Botha.

She said one of the reasons she was able to gain confidence was access to social media and seeing how other plus-sized black women portrayed themselves.

"Social media gives us power to influence other girls to feel comfortable, it's a tool to inspire," said Botha.

Phumelelo Nkomozake, 22, said trans-gender women's biggest challenges is the cis-gendered community which is unwilling to let them freely express themselves.

"It's the unwillingness of the other side of society preventing trans-gender people from becoming themselves and identifying in their transness."

Nkomozake said black trans-gender women are often reminded that they do not belong in the spaces they occupy.

"This is something we have always wanted but it's something that we have to fight for and society is reminding trans-gender women that we are not authentic. We are prevented from being expressive and full, complete whole human beings," she said.