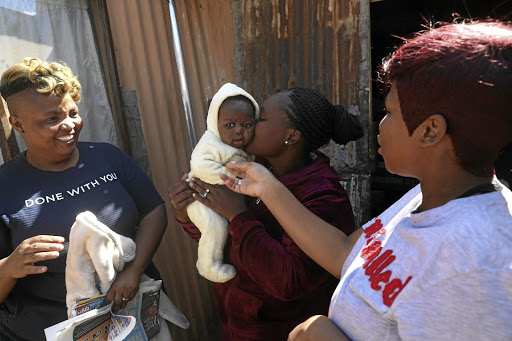 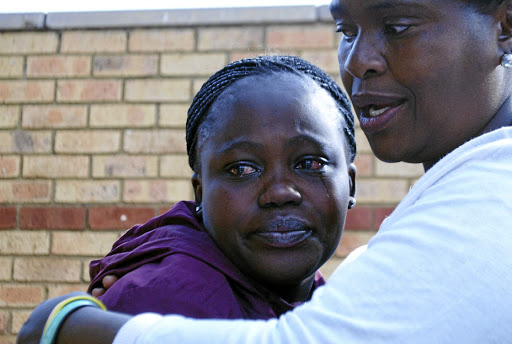 It was a happy ending for an Orange Farm woman yesterday when she was reunited with her stolen baby who was abducted at a local clinic 24 hours earlier.

But the community in the area has been left baffled by a heavily pregnant woman who is accused of having stolen the baby from the mother at the Stretford Community Health Centre on Wednesday morning.

Lephotho said the woman told the police she arrived on Monday from KZN to visit her ex-boyfriend in Orange Farm who stays not far from the mother of the baby. "At this point no one knows why she abducted the baby but we are investigating," said Lephotho.

Lephotho said the woman was expected to appear in the Vereeniging magistrate's court today to face a charge of abducting a child.

Akhona was abducted from her mother Neo Salemane, who was tricked by the suspect after she pretended to be helping her with the crying child. She later disappeared with the baby boy while the mother was in the bathroom.

A three-month-old baby was abducted at about 10am on Wednesday morning at a clinic in Orange Farm.
News
2 years ago

The baby was found in the late hours of Wednesday night at another section of the informal settlement by community members who had launched the search upon hearing the news of Akhona's disappearance.

Community leader Brian Mtshali said a woman who works at a salon close to the clinic gave them a positive lead regarding the route that a lady who fits the description of the abductor took.

"She (the lady at the salon) said the abductor wanted to leave the baby with her but she refused after the woman claimed to be going to the mall across the road from the clinic," Mtshali said yesterday.

"The woman then left the salon with the baby and was seen heading towards Tjovitjo Extension 2."

Mtshali said while the community was searching, they came across another community member who told them where he had spotted the woman carrying the child.

"We went there but we couldn't locate the exact house. We then decided to take a break at a corner house and while we were resting, a man came out of the house and told us that he found his ex-girlfriend with a baby who was unknown to him."

They then called the police. Mtshali said the police found the woman with the baby as she was trying to run away. He said Akhona's father positively identified his baby.

Akhona's father, Samkelo Magwaza, 36, said he was shocked that a pregnant woman would steal a child.

"I want to thank the community who helped us to find my baby ... I really don't know what could have happened to my little boy," he said.

Salemane, 28, who has two other babies, was equally ecstatic, adding that she has learnt not to trust strangers.