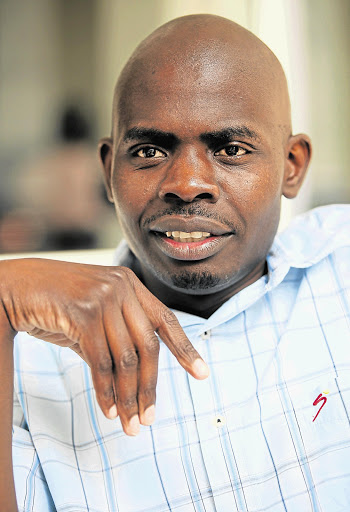 The DA's Makashule Gana has been told to apologise or be sued.
Image: SIMON MATHEBULA

According to a letter of demand, Manenzhe wants Gana to withdraw allegations that she was being shielded by former MEC of economic development, Lebogang Maile, because they were “romantically involved”.

She has given Gana until Friday (August 23) to apologise for his statement, withdraw it and remove it from his social media and online platforms.

In the statement, Gana has said there were allegations, emanating from whistleblowers, that Manenzha’s tenure at the GEP was “dictatorial” and the entity was “plagued by corruption and mismanagement”.

“It was also alleged that Maile shielded Manenzhe as the two were romantically involved,” said Gana in a statement last month.

He further alleged that Maile had likely stalled the appointment of a permanent CEO for the GEP in 2018 to allow Manenzhe to obtain an MBA in order to appoint her full time.

Now Manenzhe wants Gana to withdraw all his allegations by close of business this Friday, failing which she will proceed with her legal action.

“Accordingly, your media statement is false and defamatory towards our client. The statement was intended by you and understood by members of the public who read the media statement that our client is corrupt, dishonest and guilty of maladministration,” reads the letter.

“As a results of your defamatory statements, our client has suffered damages in the amount of R500,000.”

But Gana has remained defiant.

Gauteng MEC for cooperative governance Lebogang Maile has written letters to the mayors of the West Rand district and Merafong local municipalities ...
News
2 years ago

“The DA will not be bullied by legal threats in our pursuit of getting to the bottom of the alleged rot that occured at the GEP under Manenzhe’s watch. Similarly, we will not buckle in ascertaining what role Maile ... played during his time as MEC for economic development,” he said on Thursday.

“It is strange that that Ms Manenzhe has run to the courts to sue for defamation when she has still not rebutted the allegations made against her by GEP staff. She resigned before she was made to explain herself when political leadership in the department changed,” said Gana.