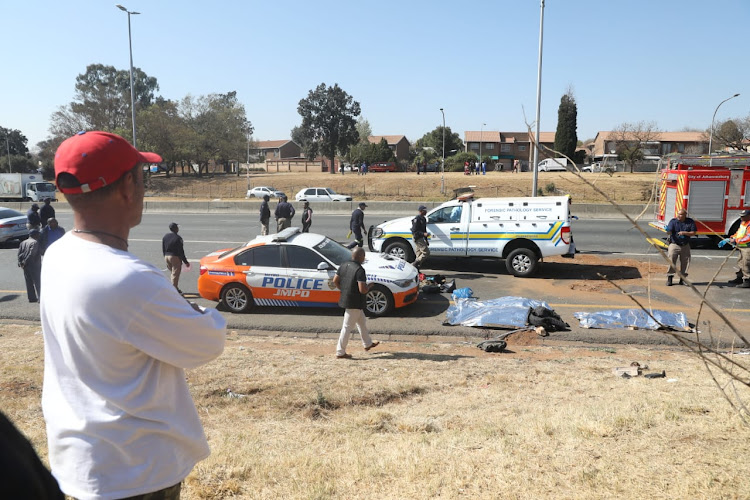 Four people died after a taxi collided with a bus on the M1 North near the Xavier offramp
Image: Thulani Mbele

Four people were killed on Thursday morning on the M1 Highway near the Xavier off ramp when a taxi crashed into the back of a bus.

Johannesburg metro police department spokesperson Supritendent Wayne Minnaar said the accident happened around 7:15am in the morning. Minnaar said a minibus taxi collided into the back of the bus causing six other cars to crash.

He said the injured persons were transported to nearby hospitals and the deceased person are yet to be identified. The vehicles involved in the crash were two mini bus taxis, a bus, a van and three other light motor vehicles.

North West department of Education has warned parents to be careful when choosing drivers who transport their children to school.
News
2 years ago
Next Article