Just a few days after a councillor was gunned down in KwaZulu-Natal, the uKhahlamba municipal speaker, Sthembiso Zulu, survived an "assassination" attempt.

This is according to the KZN cooperative governance and traditional affairs (Cogta) department on Tuesday. According to Cogta, Zulu was on his way home from work on Monday evening when he was attacked.

Spokesperson Lennox Mabaso said they verified the information with Zulu on Tuesday morning.

"The municipal vehicle he was using was shot at 11 times. The bullets grazed him and he escaped with minor injuries," Mabaso said.

Cogta MEC Sipho Hlomuka condemned the shooting, saying the spate of violence directed at public representatives in municipalities must come to an end. 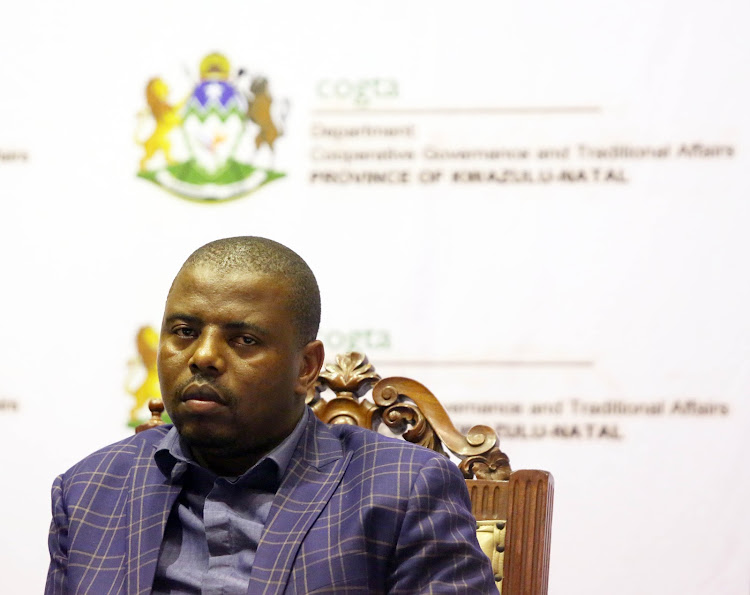 Cogta MEC Sipho Hlomuka condemned the shooting, saying the spate of violence directed at public representatives in municipalities must come to an end.
Image: Thuli Dlamini

“We are dismayed at the news of an attempt on the life of yet another councillor in the province, as the province was still licking its wounds following the brutal assassination of councillor Mthembeni Majola from Inkosi Langalibalele municipality, in the same district," Hlomuka said.

Majola, an IFP councillor in Estcourt, was gunned down a few days ago.

He and two others were in a car when gunmen opened fire.

“It pains me to even try and understand what could cause people to embark on such a senseless deed against a representative of our people. This is indeed shocking. We are finding this difficult to comprehend,” Hlomuka said.

KZN police spokesperson Col Thembeka Mbele said: “An attempt has been made to assassinate the speaker of Okhahlamba Municipality. Mr Sthembiso Zulu was on his way home with other passengers in his white Toyota Fortuner when unknown gunmen opened fire on his vehicle at Magaba area, Ematsheni policing area. The vehicle was damaged with about 15 bullet holes. No injuries were sustained.”

Police have launched a manhunt for the killers of an Inkatha Freedom Party councillor who came under fire in the KwaZulu-Natal town of Estcourt on ...
News
1 year ago

A KwaZulu-Natal truck driver was killed in yet another brutal attack in the province on Monday.
News
1 year ago
Next Article