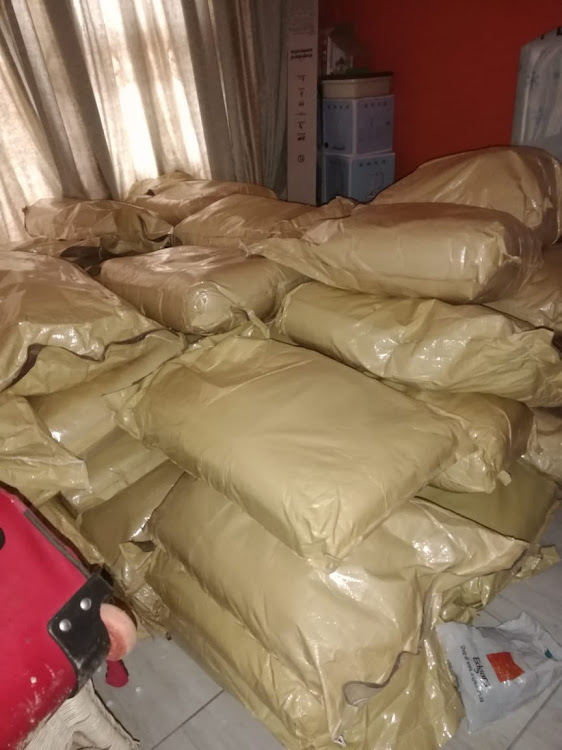 A 61-year-old woman was arrested in the bust
Image: Supplied

A 61-year-old woman was arrested on Wednesday morning in Diepkloof, Soweto, after drug chemicals were found at her home.

Hawks spokesperson Capt Loyd Ramovha said seven other suspects were arrested in Mpumalanga at another active drug lab linked to the house in Soweto.

“Our investigation led us to the house and we believe that the two illegal drug manufacturing and storage facilities are connected. At this stage, investigation is still under way for conclusion,” said Ramovha.

Ramovha said the scene was still active as police have confiscated chemicals but forensics are still to fully evaluate the house. “The value of the drug chemicals is still to be confirmed,” he said

Police are tracing the other parties allegeldy working with the house occupant, Ramovha added.

Two nabbed in Eastern Cape with 77,000 Mandrax tablets worth R5m

Two people were arrested after they were found in possession of mandrax worth R5m, Eastern Cape police said on Monday.
News
3 years ago

Marcel Steyn's warped childhood led to her involvement in a cult and a string of grisly murders.
News
3 years ago
Next Article