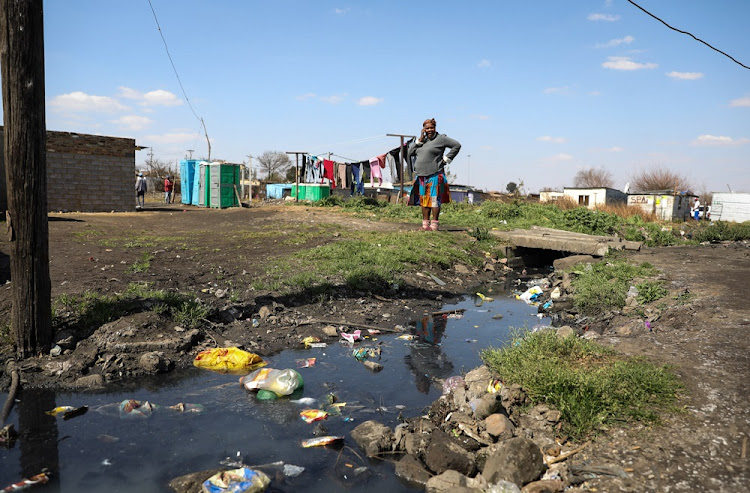 19 August 2019: The Human Rights Commission together with community members of Kliptown went of a walk-about of the area identifying some of the work that still need to be done, including housing, water and sanitation as well as electricity. Raw sewege flowing down the streets is a common sight in the township.
Image: Sebabatso Mosamo/Sunday Times

Residents of Kliptown in Soweto on Monday showed the Human Rights Commission the deplorable conditions in which they live.

At Kliptown Square the area is buzzing with tourists moving around and a lot of business activity. But less than 20 metres from where the Freedom Charter was signed is Vaalkamers shacks where numerous families share a few chemical toilets.

As residents took Human Rights Commission (HRC) provincial manager Buang Jones deep into the settlement, worse was in store. Sewage runs on the streets and children play in a pile of garbage.

Even the old houses which are formal structures are in shambles, literally falling apart. 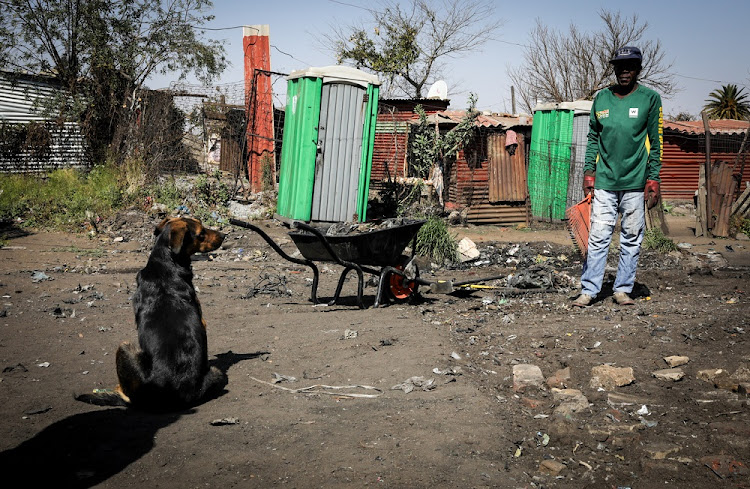 19 August 2019: A man and his dog are seen cleaning the filth around his shack.
Image: Sebabatso Mosamo/Sunday Times

There is no electricity. Desperate for power, the residents have connected electricity illegally and live cables lie on the streets, as children play freely. The live electric cables also run under the railway line which cuts through the township. In between the rows of shacks are narrow passages enabling residents to walk around.

As Sowetan walked through the shacks, now and again a group of young men would sit down to smoke dagga. A number of these youth use the abundant waste to recycle for a living.

One of the residents, Urika Pais, said crime was a serious problem.

"Crime is going up every day. Young people are not employed here and the whole area is not developed. Drug abuse is one thing that has caused our community to break down. At night it is not safe at all because there are no lights," said Pais.

"People are being robbed coming from work. They also get robbed in the morning when going to work."

The South African Human Rights Commission (SAHRC) says water in Hammanskraal north of Pretoria is not safe for human consumption.
News
2 years ago

The South African Human Rights Commission has condemned the attack on law enforcement officials in the Johannesburg CBD on Thursday.
News
2 years ago
Next Article