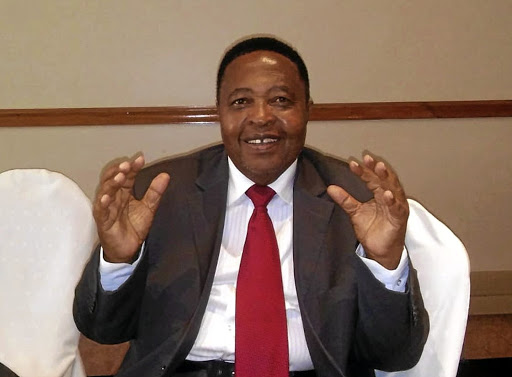 Expropriation of land without compensation should be used by government to revive the South African economy and create a rural middle class.

This is according to agricultural economist Mandivamba Rukuni of the University of Zimbabwe who participated in policy discussions held by the National African Farmer Union of SA (Nafu SA) yesterday.

Rukuni told Sowetan on the sidelines that expropriation of land could revive the economy, which is struggling to grow and create jobs.

But this, he said, had to be done with proper projections of the desired economic growth and the number of new farmers that government wants to bring to the market.

White farmers who are productive on agricultural land should be compensated by the state for their assets at a discounted price and allowed to ...
News
2 years ago

"It is not just distribution [of land], it is reconfiguring the economy. Japan did this after the second World War. It took a lot of land. and gave it to smaller farmers. It did not [just] increase production but increase new players in the market, who served the domestic market," Rukuni said.

"You redistribute land in order to create, by my estimation, 500000 to 700000 new farmers. These people. create a new market. Then you will not have the 17 million people on social grants because the people will get land and become farmers, and gain access to markets through public procurement. You convert social grants to real economic participation."

The National Assembly and the National Council of Provinces adopted a report of the constitutional review committee in December which recommended the amendment of section 25 of the constitution to explicitly state that land expropriation without compensation should be one of the means that could be used to address skewed land ownership.

Women being failed again... this time by land reform panel

I was frothing at the mouth as I read the report on land on Sunday. The recommendations by the expert panel were discouraging and infuriating
Opinion
2 years ago

Some opposition parties and economists have warned that this will deter investors and destabilise the agricultural sector. But President Cyril Ramaphosa has maintained that government's plan would not collapse the economy but will go a long way in achieving inclusive growth.

Nafu SA president Motsepe Matlala proposed that white farmers owning productive land should be partially compensated. He said government must first establish the price of the land and then deduct from that price the investment that the farmer has made. The state should then purchase the farm at a lower price.

Government must then lease the land to the white farmer. "If the farmer dies and no-one is able to produce from the land, the state should take the land and give it to black farmers for free," Matlala said.

The government has been handed a political hot potato by the presidential expert advisory panel on land and agrarian reform, which has recommended ...
News
2 years ago
Next Article