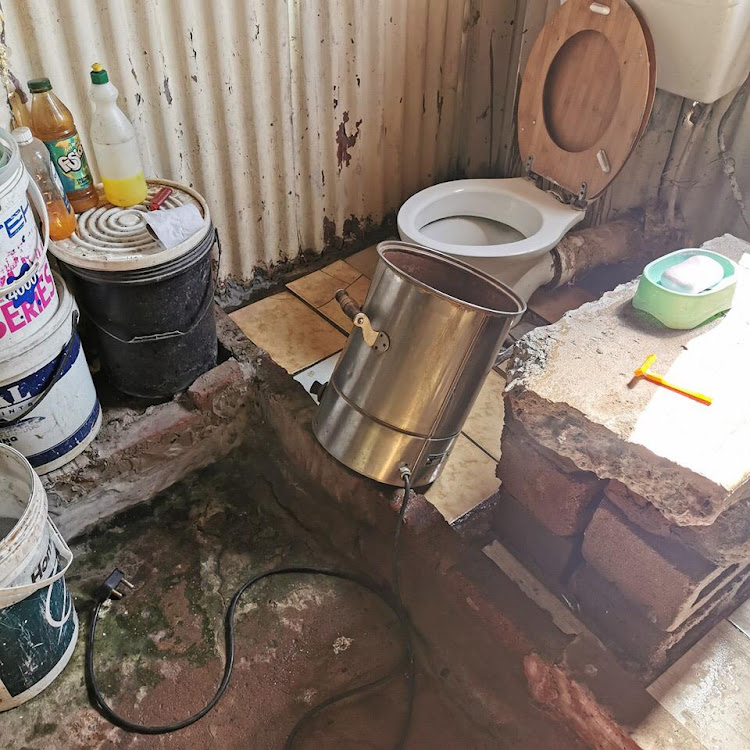 The bathroom in which Devki Debidin died on Friday
Image: Reaction Unit

A nine-year-old girl made a grim discovery on Friday when she found her mother lying lifeless in the bathroom of their Verulam home.

"Members of Reaction Unit were called out to the wood and iron home approximately 11am after the woman's daughter found her lying on the floor of her bathroom."

"She suffered burns to her face and thigh. It was established that after finding her mum on the floor, Debidin's daughter ran to a neighbouring home and called her aunt who found her on the floor, next to the urn."

Balram said the aunt turned off the power and carried Debidin to the living room before calling for help.

"Debidin was apparently boiling water for her morning bath and was in the process of washing the bathroom floor when she was killed," Balram said.

Man critical after being electrocuted in Kimberley

A man was seriously injured when he was electrocuted at a substation in Kimberley on Thursday afternoon.
News
2 years ago

'Everytime I look at these wires, I remember how my grandson died,' says East London grandmother

“Everytime I look at these wires, I remember how my grandson died,” says Khalipha Soso. Her 11-year-old grandson, Zukhanye, was killed in 2017 by an ...
News
2 years ago
Next Article