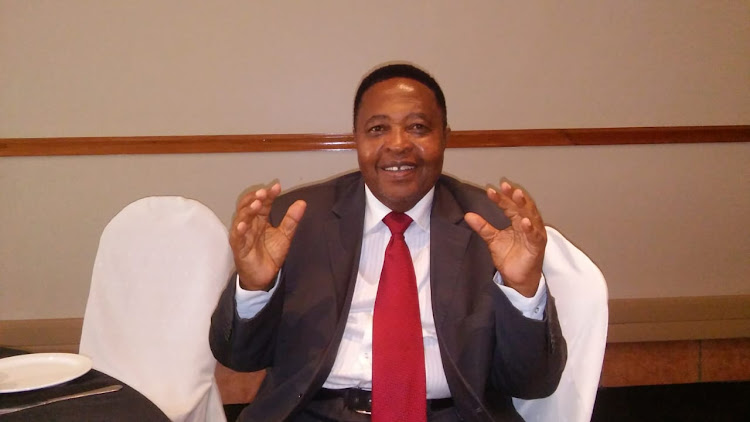 White farmers who are productive on agricultural land should be compensated by the state for their assets at a discounted price and allowed to continue producing and not be removed.

This is part of a proposal presented by president of the National African Farmers Union of SA, Motsepe Matlala, before a policy conference held in Pretoria on Thursday. The union, which has 286,000 black farmers, is discussing its policy position on land expropriation without compensation. Matlala told about 350 delegates that initially, the union was in support of expropriation without compensation but later changed its position as it felt its stance was driven by politics.

“The research that we’ve done shows that if we expropriate land without compensation, the international community will take their investment elsewhere. This is a reality that you have to face. It is not because we are cowards but we want to be practical. We asked what would be the use of taking all the land without paying for it against the investment that will leave South Africa … we don’t eat politics, we eat what we produce,” he said.

Matlala said research conducted by the union showed that productive land could be estimated to between R2-trillion and R2.5-trillion. This is land which has the right soil and climate to produce food. He then proposed that in implementing land reform, the state must quantify the investment made on the productive land and be deducted from its current value. The state must then buy the land from the white farmer at a reduced price.

“We then don’t want to remove the white farmers from the land. Currently they are the people that are feeding over 50-million people. They should, instead, enter into a 99-year lease with conditions and targets of production.”

'Donations' of land and tax penalties for large landowners mooted

Land expropriation without compensation should be one of several land acquisition strategies for land redistribution.
News
2 years ago

Among the conditions should be that when the owner dies and there is no one to take over the land and produce, the property will be given to black farmers for free.

“The black farmer must be checked if they can farm, if they have the skills and passion to work the land. This is to ensure that there is no collapse of the agricultural economy. In this way, the white farmer would be happy and the black farmer will be happy. The state must not give you the land just because you are black,” said Matlala.

The proposals made by Matlala only applies to productive agricultural land. Matlala called for an agricultural Codesa which will pave a new chapter in dealing with land reform in the agricultural sector. The National Assembly and the National Council of Provinces adopted a report of the constitutional review committee last December which recommended the amendment of Section 25 to explicitly state that land expropriation without compensation should be one of the means that could be used to address skewed land ownership.

President Cyril Ramaphosa has consistently stated that South Africa would implement expropriation of land without compensation in a manner that would not collapse the economy. In June, Ramaphosa and Deputy President David Mabuza received a report from the Presidential Advisory Panel on Land Reform and Agriculture. The panel, chaired by Dr Vuyo Mahlathi, was appointed in September 2018 to support the work of the inter-ministerial committee (IMC) on land reform chaired by Mabuza.

The panel was tasked to advise the IMC on a broad range of policy matters associated with land reform, including restitution, redistribution, tenure security and agricultural support. It was also mandated to review, research and suggest models for the government to implement a fair and equitable land reform process that redresses the injustices of the past, increases agricultural output, promotes economic growth and protects food security.